What do you get when you mix a group of hungry undergraduate students with a bunch of marshmallows and crispy cereal? A giant Rice Krispie treat, of course! 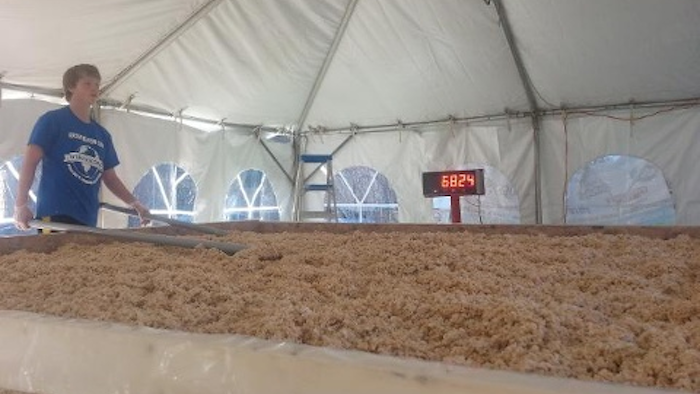 What do you get when you mix a group of hungry undergraduate students with a bunch of marshmallows and crispy cereal? A giant treat, of course!

A group of students at the University of Wisconsin-Madison snapped, crackled and popped their way into breaking a world record Rice Krispie treat this past weekend.

Channel 3000 out of Madison, Wis. reported that the students cooked up an 11,327-pound Rice Krispie treat on campus, successfully beating the previous Guinness World Record of a 10,314-pound treat.

The group, called Project Freshman 15,000, set out with a goal to construct a 7 and a half-ton version of the ever-popular gooey cereal treat while raising money for charity along the way.

Although the group's primary goal was to smash the current record, members will be selling slices of the delicious treat and donating 100 percent of the profits to various charities, including The United Way of Dane County and Camp Kasem.

While the finished product was a little short of their goal, the group is still confident they beat the world record, which was set back in 2010.

Hungry for more? Check out these photos by Channel3000.com: