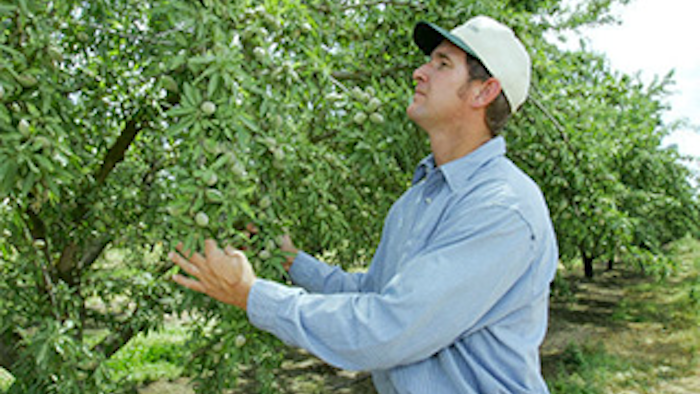 The analysis found that almond production typically generates less than 1 kilogram of carbon dioxide emissions for each kilogram of almonds produced, which lead author Alissa Kendall called "a lower carbon footprint than many other nutrient and energy dense foods."

Kendall said that those numbers correspond to producers' use of almond byproducts, such as orchard biomass, hulls and shells, for renewable power and as feed for dairy cows.

She added that under ideal circumstances — primarily improving biomass use — the state's almond industry "could become carbon-neutral or even carbon-negative."

The studies said producers' use of water sources and irrigation technology also impacts energy use and emissions substantially, but attributed those contrasts to regional differences in water resources.