Ice Cream is Not Just For Dessert Anymore

Ice cream! Ice cream! We all scream for ice cream! There aren't many people that don't love this delicious treat — as a new report shows that 90 percent of U.S. households purchase ice cream and other frozen dessert products. 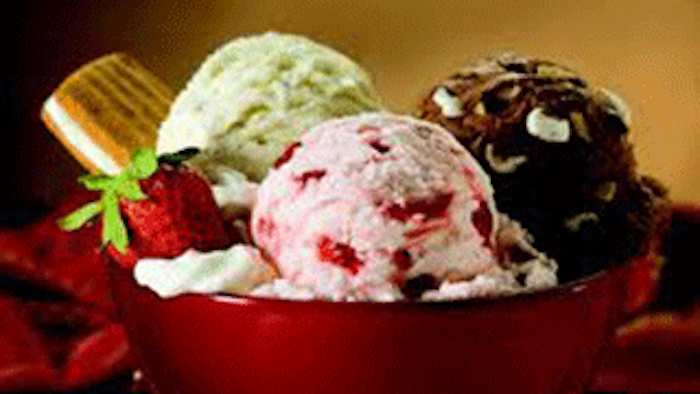 Ice cream! Ice cream! We all scream for ice cream!

Or so the saying goes. There aren't many people that don't love this delicious treat — as a new report shows that 90 percent of U.S. households purchase ice cream and other frozen dessert products.

But while ice cream lovers used to only enjoy the treat on rare occasion, new research by Packaged Facts shows that the majority of todays ice cream enthusiasts need little excuse to enjoy the dessert — regardless of the time of year or occasion.

The survey data reveals that frozen dessert consumption is so common that nearly 86 percent of the population reports eating it year round.

Even in today's increasingly health conscious consumers, ice cream has managed to persevere to the point where for many consumers the product has transcended the confines traditionally placed on desserts.

Consumers are no longer just choosing the treat as a dessert, but rather a snack.

"More than half [of respondents] consider ice cream an evening snack, about one-quarter consume it as a late-night snack, and another one-quarter as an afternoon snack," David Sprinkle, research director, Packaged Facts, said. "Some even snack on ice cream in teh morning. Of course, ice cream also serves as a dessert, with nearly half eating it after dinner and 13 percent after lunch."

If you're interested in examining the changes that have taken place over the past two years in this competitive environment, check out the Ice Cream and Frozen Desserts in the U.S.: Opportunities in Retail and Foodservice, 8th Edition report here.