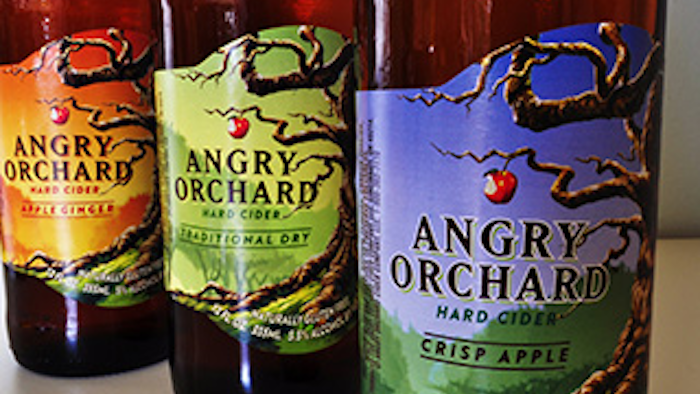 The precautionary action comes after the Company received inquiries from consumers that had experienced broken bottles or bottles overflowing when opened.  After conducting follow-up quality testing, the Company determined that the affected cider is limited to two batches, produced on June 15 and June 29, 2015.

Angry Orchard is voluntarily recalling the cases due to concerns that cider from these production runs appears to be showing signs of re-fermentation in the bottle, which could result in increased carbonation levels, and in some instances, bottles may overflow when opened or burst under increased pressure.  While the impacted cider poses no health risk if consumed, the team at Angry Orchard took this measure to ensure that products available to consumers meet their high quality standards.

Angry Orchard is working with their wholesalers and retailers to remove all impacted cases of cider from store shelves and other retail locations as quickly as possible. The impacted cases of the cider were shipped to certain wholesalers in the states of Alabama, Arkansas, Colorado, Illinois, Indiana, Iowa, Kentucky, Louisiana, Michigan, Minnesota, Mississippi, Missouri, Montana, Nebraska, New Mexico, North Dakota, Ohio, South Carolina, South Dakota, Tennessee, Texas, and Wisconsin.

To determine whether a bottle of Angry Orchard Crisp Apple Hard Cider has been impacted:

If a bottle of the Angry Orchard Crisp Apple Hard Cider falls within the designated code ranges, consumers should handle with extreme care and dispose of the product immediately in an outside container.  The Company will issue a full refund on the products described above.

To date, no illnesses or injuries have been reported.  Consumers with questions should contact Angry Orchard via its website: http://angryorchard.com/contact-us or by calling 1-800-362-7110 (24-hours, live operator available).