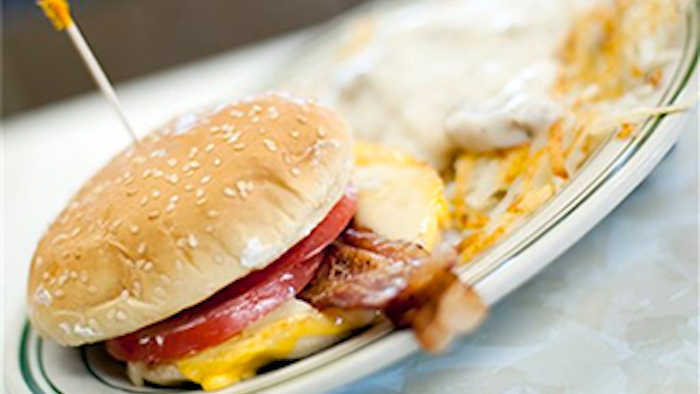 Survey results indicate that breakfast for dinner is also a family favorite, as those with children in the house are more likely than those without to eat breakfast for dinner (94 percent vs. 88 percent). In fact, 30 percent of families make Breakfast Night a weekly occurrence and two-thirds of families with kids (67 percent) said Breakfast Night is either very enjoyable or their "absolute favorite."

"Last year we officially named Wednesday Night as Breakfast Night," said Andy Heily, President of Continental Mills. "And for good reason – Americans have said loud and clear they LOVE breakfast, so we're embracing the trend and encouraging Krusteaz fans to enjoy our waffles and pancakes anytime they please, day or night. After all, there is no wrong time to enjoy breakfast."

A variety of factors contribute to the continued popularity of breakfast for dinner, including how easy it is. Thirty-eight percent noted that having all the ingredients on hand is the main appeal, followed closely by the "love" of breakfast food (35 percent), and it being easier and faster than preparing a traditional dinner (31 percent). Additionally, those with children are more likely to use breakfast night as family night, when Dad's in charge, and for other celebratory occasions such as birthdays or Mother's Day or Father's Day.

Millennials are also huge fans of Breakfast Night. Ninety-four percent say they eat breakfast for dinner and 32 percent do so weekly. Their favorite dish of choice is pancakes or waffles (37 percent). No matter your age, syrup is the preferred topping for pancakes and waffles, selected by 60 percent of respondents.

Making Family Memories
When it comes to preparation, mom is still most likely to lead the preparation of Breakfast Night dinners (41 percent), but many families are also using it as an opportunity to come together. In a shift from 2014, more kids are in the kitchen, with 39 percent of respondents saying Breakfast Night preparation is a "joint effort" between family members, compared to just 17 percent last year.

The Breakfast for Dinner survey was conducted by ORC International on behalf of Krusteaz. Findings are based on an online survey of 2,033 U.S. adults ages 18 and older in August 2015.

The Krusteaz story began in 1932 when a group of women from a Seattle bridge club created a just-add-water pie crust that was an industry first. Today, Krusteaz remains a family-owned business that stands for innovative products, premium ingredients and easy-to-make mixes to fit every occasion. The product line includes pancakes, waffles, muffins, quick breads and flatbreads, cookies, dessert bars, cornbread, crumb cakes and a line of Gluten Free products. Every box invites consumers to have fun in the kitchen, get a little messy, fuel their creativity and enjoy the possibilities Krusteaz mixes bring to the table.