Organic Trade Association Executive Director and CEO Laura Batcha told the National Association of State Departments of Agriculture this week that state agriculture directors are critical in the creation of much-needed policies that provide more choice and opportunity — including the organic option — in today's U.S. agricultural system. 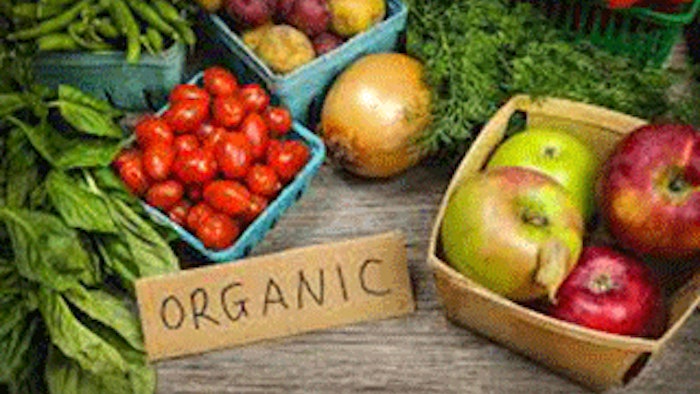 WASHINGTON (PRNewswire-USNewswire) — Organic Trade Association Executive Director and CEO Laura Batcha told the National Association of State Departments of Agriculture (NASDA) this week that state agriculture directors are critical in the creation of much-needed policies that provide more choice and opportunity — including the organic option — in today's U.S. agricultural system.

"This is a great time for farms of all sizes to look at how organic might fit into their operation," Batcha said. "The State Departments of Agriculture play a key role in developing and delivering sound public policy that supports diversity in agriculture, including the organic choice for farmers and ranchers of all sizes and backgrounds."

Batcha noted that organic farm-gate prices are in some cases two to three times higher than that for their conventional counterparts, and that combined with forecasted long-term growth for organic demand and the opportunity for stable contract and supply chain relationships, the organic option has never looked better.

"The greatest challenge facing the $39.1 billion organic industry is how to meet the burgeoning demand for organic food with adequate supply of crops, ingredients, and feed. Imports of organic products outpaced exports, amounting to nearly $1.3 billion in 2014. This amounts to a 'Help Wanted' message for American farmers. Please support them when they answer this call," Batcha told the agricultural officials.

Batcha spoke at an OTA-hosted organic lunch for the officials, who have been meeting in Hawaii to discuss key national agricultural policy issues and to network with agricultural stakeholders.

The theme of the annual conference, hosted by NASDA President and Hawaii Chairman of Agriculture Scott Enright, was "Agriculture's Traditions, Agriculture's Future."

Enright noted that organic is thriving and is an increasingly important part of this country's agriculture.

"NASDA members are the chief advocates for all methods of agricultural production, including organic.  Providing approximately $15 million to Hawaii's economy and $39 billion nationally, organic agriculture is thriving in the ever-changing world of agriculture.  Organic farmers and ranchers are a critical component to the story of agriculture and feeding our growing population," said Enright.

In a session to discuss a strategic plan for NASDA, Batcha outlined several key issues and opportunities for OTA and the organic industry to collaborate with the association: