One of the two critical areas where New England fishermen search for cod may be in even worse shape than suspected. 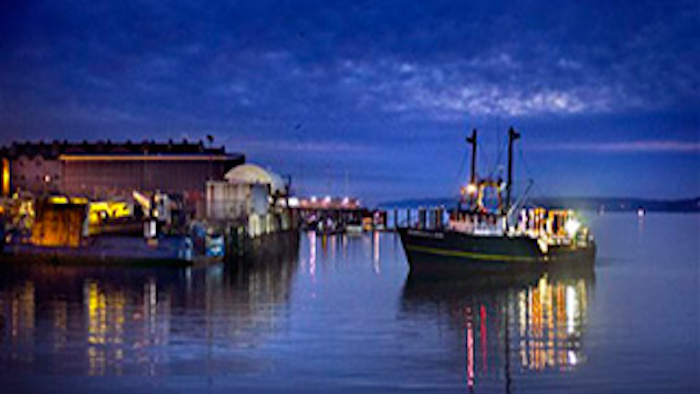 PORTLAND, Maine (AP) — One of the two critical areas where New England fishermen search for cod may be in even worse shape than suspected.

Fishing managers already knew cod stocks in Georges Bank were thin, but new data from the Northeast Fisheries Science Center says research boats caught less of the fish this past spring than in all but one spring season dating back to 1968.

A report from the center states that the boats caught about 3.3 pounds of cod each time the net went in and out of the water last spring, compared to more than three times that amount two years earlier. Those numbers were routinely more than 20 pounds per trip in the late 1980s.

The status of cod in Georges Bank, a broad swath of elevated sea floor off of Massachusetts, could motivate regulators to again lower catch quotas for the area. Quotas have plummeted from more than 4,800 metric tons in 2012 to less than 2,000 metric tons this year.

It's more bad news for the faltering fishery, which generations of New England fishermen have relied upon to make a living. Regulators and marine scientists have said overfishing hit the stock hard and warming oceans could be making it worse.

"Is that coming as a surprise from anybody who knows what the water temperature is out there? No, it shouldn't be," said David Goethel, a New Hampshire-based fisherman. "These fish are declining because of climate change."

Regulators say the Gulf of Maine, home of the other key cod fishing ground off of New England, is also in dire shape — the National Marine Fisheries Service scientists said last year the amount of cod spawning in the Gulf was estimated to be 3 to 4 percent of its target level.

The Northeast Fisheries Science Center gave the report to The Associated Press on Tuesday. The status of the Georges Bank cod was the subject of a presentation to federal fishing managers on Wednesday in Plymouth, Massachusetts. The New England Fishery Management Council will likely set a fishing quota for Georges Bank cod in December.