Coca-Cola will tweak the labeling for Vitaminwater to settle a lawsuit that it was making misleading health claims about the drinks. 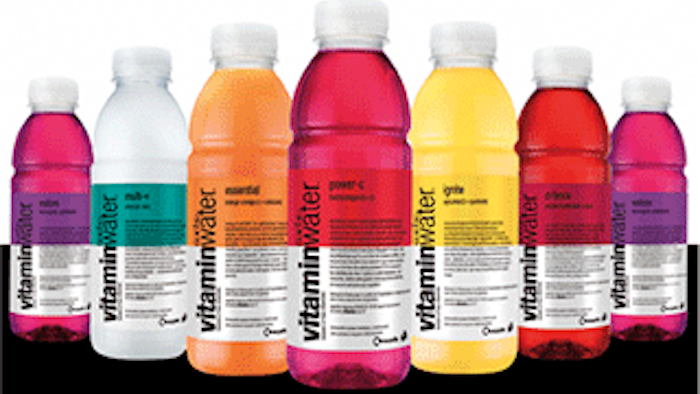 NEW YORK (AP) — Coca-Cola will tweak the labeling for Vitaminwater to settle a lawsuit that it was making misleading health claims about the drinks.

The Atlanta company will add the words "with sweeteners" in two places on the bottles, including by the name of the drink. The Center for Science in the Public Interest, a health advocacy group that filed the suit with private law firms on behalf of consumers in 2009, had noted that the drinks have 33 grams of sugar and negligible amounts of juice, despite coming in flavors such as kiwi-strawberry and acai blueberry pomegranate.

The proposed settlement would also prohibit Coca-Cola from using certain statements it has used in the past, such as one that said the drink is formulated to provide nutrients that could reduce the risk of eye-disease.

A representative for Coca-Cola said in a statement that it was "pleased to reach an amicable resolution of these cases. Although we remain confident in our legal position, it simply made no sense to continue this costly legal battle."

Under the agreement, Coca-Cola would have to start making the label changes within three months and complete them in two years. The proposed agreement was filed in U.S. District Court in the Eastern District of New York and requires court approval.

The settlement doesn't include any monetary damages for consumers, but Coca-Cola Co. will pay up to $2.7 million to cover attorneys' fees and expenses for the plaintiffs.