Commercial beekeepers were hit particularly hard by the high rate of summer losses, which outstripped winter losses for the first time in five years, stoking concerns over the long-term trend of poor health in honey bee colonies. 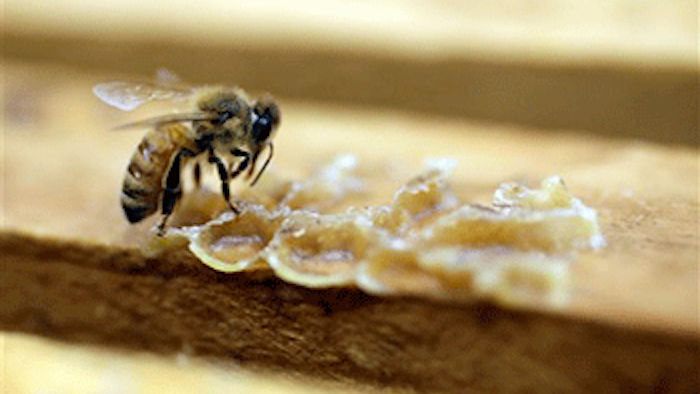 COLLEGE PARK, Md. (PRNewswire-USNewswire) — Beekeepers across the United States lost more than 40 percent of their honey bee colonies during the year spanning April 2014 to April 2015, according to the latest results of an annual nationwide survey led by a University of Maryland professor. While winter loss rates improved slightly compared to last year, summer losses — and consequently, total annual losses — were more severe. Commercial beekeepers were hit particularly hard by the high rate of summer losses, which outstripped winter losses for the first time in five years, stoking concerns over the long-term trend of poor health in honey bee colonies.

The survey, which asks both commercial and small-scale beekeepers to track the health and survival rates of their honey bee colonies, is conducted each year by the Bee Informed Partnership in collaboration with the Apiary Inspectors of America, with funding from the U.S. Department of Agriculture (USDA). Survey results for this year and all previous years are publicly available on the Bee Informed website.

"We traditionally thought of winter losses as a more important indicator of health, because surviving the cold winter months is a crucial test for any bee colony," said Dennis vanEngelsdorp, an assistant professor of entomology at the University of Maryland and project director for the Bee Informed Partnership. "But we now know that summer loss rates are significant too. This is especially so for commercial beekeepers, who are now losing more colonies in the summertime compared to the winter. Years ago, this was unheard of."

Beekeepers who responded to the survey lost a total of 42.1 percent of their colonies over the course of the year. Winter loss rates decreased from 23.7 percent last year to 23.1 percent this year, while summer loss rates increased from 19.8 percent to 27.4 percent.

Among backyard beekeepers (defined as those who manage fewer than 50 colonies), a clear culprit in losses is the varroa mite, a lethal parasite that can easily spread between colonies. Among commercial beekeepers, the causes of the majority of losses are not as clear.

"Backyard beekeepers were more prone to heavy mite infestations, but we believe that is because a majority of them are not taking appropriate steps to control mites," vanEngelsdorp said. "Commercial keepers were particularly prone to summer losses. But they typically take more aggressive action against varroa mites, so there must be other factors at play."

This is the ninth year of the winter loss survey, and the fifth year to include summer and annual losses in addition to winter loss data. More than 6,000 beekeepers from all 50 states responded to this year's survey. All told, these beekeepers are responsible for nearly 15 percent of the nation's estimated 2.74 million managed honey bee colonies.

The survey is part of a larger research effort to understand why honey bee colonies are in such poor health, and what can be done to manage the situation. Colony losses present a financial burden for beekeepers, and can lead to shortages among the many crops that depend on honey bees as pollinators. Some crops, such as almonds, depend entirely on honey bees for pollination. Estimates of the total economic value of honey bee pollination services range between $10 billion and $15 billion annually.

"The winter loss numbers are more hopeful especially combined with the fact that we have not seen much sign of Colony Collapse Disorder (CCD) for several years, but such high colony losses in the summer and year-round remain very troubling," said Jeffery Pettis, a senior entomologist at U.S. Department of Agriculture and a co-coordinator of the survey. "If beekeepers are going to meet the growing demand for pollination services, researchers need to find better answers to the host of stresses that lead to both winter and summer colony losses."