General Mills Inc., the maker of Yoplait Light, is hoping a sweetener change can help bring back some of its customers. The company plans to remove aspartame from its reduced-calorie yogurt in favor of another more popular artificial sweetener. 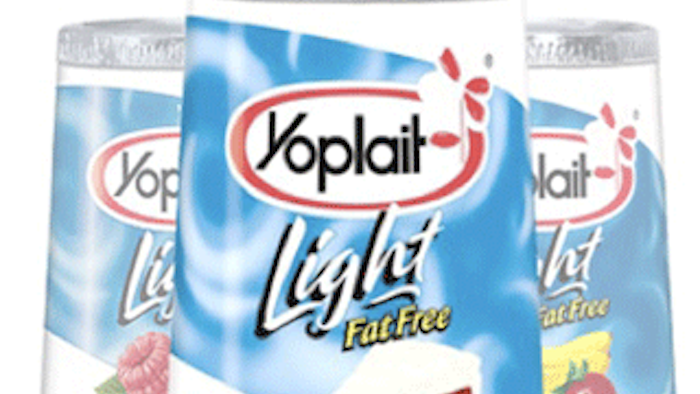 NEW YORK (AP) — The maker of Yoplait Light is hoping a sweetener change can help bring back customers.

General Mills Inc. said Wednesday it plans to remove aspartame from its popular reduced-calorie yogurt in favor of another artificial sweetener, sucralose. Aspartame is better known by the brand names NutraSweet and Equal, while sucralose is the sweetener used in Splenda.

"We know that some consumers have concerns about aspartame, so this is a positive transition," General Mills CEO Ken Powell said in a phone interview.

Although sucralose is also an artificial sweetener, Powell said it has greater acceptance among consumers.

The change comes as General Mills struggles to fix its Yoplait business, which has been upended by the popularity of Greek yogurt and the move toward ingredients people feel are natural.

Last year, retail sales for Yoplait Light fell in the "low double digits," while full-calorie Yoplait showed improvement after General Mills replaced the high-fructose corn syrup in the brand with sugar, according to the company.

As for Yoplait Light, the Minneapolis-based company expects the reformulated cups to hit shelves by September.

Mike Siemienas, a General Mills spokesman, said the new cups will say "Now no aspartame" and still have around 90 calories. He said the company considered a number of alternatives after hearing from consumers that "they wanted a product that did not contain aspartame."

"This change does not compromise the amazing taste of Yoplait Light yogurt," he wrote in an email.

Artificial sweeteners such as aspartame and sucralose are used to reduce the sugar and calorie content in a wide variety of foods and drinks. The sweeteners are approved by the Food and Drug Administration, which says that both have been extensively studied. The agency also notes that all ingredients added to food in the U.S., including high-intensity sweeteners, must be safe for consumption.

Still, aspartame has been the subject of concern in some circles for years. The Center for Science in the Public Interest, an advocacy group based in Washington, D.C., says it should be avoided because select studies in the past have suggested it caused cancer in rodents.

Michael Jacobson, the group's executive director, notes that another reason for aspartame's bad image is that Internet searches turn up overwhelmingly negative results, even if many of the claims are unfounded.

In the meantime, General Mills is also working to make up ground on the Greek yogurt front, which it was late to enter. Executives say its Greek varieties of Yoplait now have 10 percent of the Greek market, which is still led by Chobani. Still, the Greek yogurt category has grown more competitive, with smaller players entering the market as well.