Some small business owners say raising the minimum wage will pressure their companies, forcing them to cut employees' hours or jobs. Others say it's the right thing to do for workers and the economy. 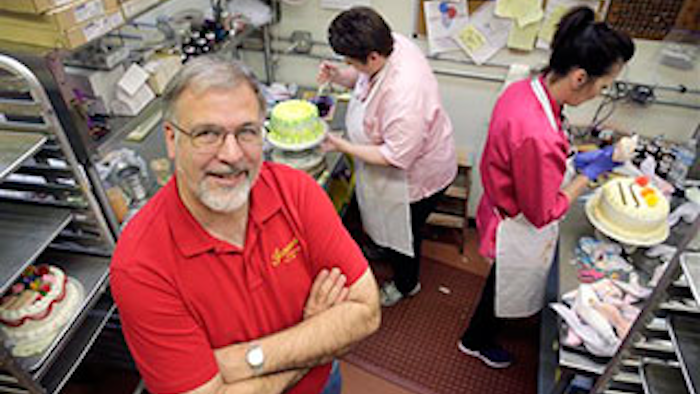 New York — Workers in five states could get a raise after Election Day.

Some small business owners say raising the minimum wage will pressure their companies, forcing them to cut employees' hours or jobs. Others say it's the right thing to do for workers and the economy.

Minimum wage referendums are on Tuesday's ballots in Alaska, Arkansas, Illinois, Nebraska and South Dakota, where minimums range from $6.25 to $8.25 an hour. Some small business owners say raising the minimum wage will force them to cut employees' hours or jobs. Higher minimums were already approved this year in 10 states, the District of Columbia and Seattle.

Ken Jarosch thinks he'll have to raise prices and hire fewer part-timers for his Elk Grove Village, Illinois, Jarosch Bakery if the state's minimum rises. Illinois' referendum is non-binding, giving the state Legislature the voters' opinion on the measure. Jarosch's costs would rise about 5.5 percent if the wage rises from $8.25 to $10. He has about a dozen high school students earning minimum wage out of his staff of 60.

"I'd have to increase my prices about 2.5 or 3 percent," says Jarosch. He's also concerned about a proposed increase of Chicago's minimum to $13. If that happens, he may boost pay even more to prevent workers from leaving to take jobs in the city.

Companies are more likely to raise prices than cut jobs. Thirty percent would pass along an increase to customers, according to a May survey by Pepperdine University's Graziadio School of Business and Management. Fourteen percent said they'd cut hours and nearly 12 percent said they'd lay off employees.

While 10 state legislatures voted to hike the minimum wage this year, it rose in 11 others because of inflation. And President Barack Obama in February ordered companies with federal contracts to pay at least $10.10 an hour. Obama wants the $7.25 federal minimum raised to $10.10. About 3.3 million or 2 percent of the workforce is at or below the federal minimum, according to the Labor Department.

Seasonal workers at Rick Poore's Lincoln, Nebraska screen printing and embroidery company earn the minimum wage. Tuesday's referendum could raise the state minimum from $7.25 to $8 on Jan. 1, and another $1 in 2016.

"That's not going to break my bank," says Poore, owner of Shirts101. If workers earn more, they'll have more money to spend and help the economy grow, Poore says. "They can't buy it if they don't have the dough."

Kristin Kohn voluntarily raised the minimum wage at her Indianapolis gift shop, Silver in the City, to $10.10 an hour when Obama signed an executive order on federal contractors' pay. She previously paid workers $8.50. Indiana's minimum is $7.25. The higher wage costs her about 1 percent in profit, but she says it's worth it.

"It's important to have quality employees who care about what they're doing," she says.

Kohn isn't alone. Eighty-one percent of small business owners who pay hourly wages pay above the minimum, according to a survey by The Hartford. Two-thirds of those owners support raising the federal minimum.

But as much as some owners believe the minimum wage should rise, higher rates pose a challenge. Andy Carlson budgets each year for a higher minimum wage because Colorado's minimum, now $8, rises with the cost of living. About five of the 60 staffers at his two Ace Hardware stores in Denver earn the minimum. He believes the minimum should rise along with inflation, but he's concerned about the calls for $10.10 per hour. That big an increase may lead him to not hire as much.

"At some point, there's a business reality that we can't continue to add people regardless of the cost," Carlson says.