Economy 101: 5 Things to know About US Growth

Is the U.S. economy accelerating — finally? If it is, which sorts of Americans stand to benefit most? And why is it doing better than other major economies? Such are the questions surrounding a report coming Thursday on economic expansion in the July-September quarter. 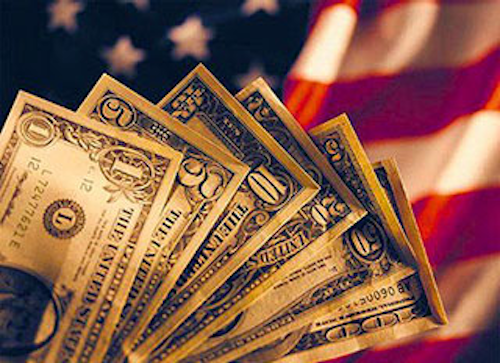 Washington — Is the U.S. economy accelerating — finally? If it is, which sorts of Americans stand to benefit most? And why is it doing better than other major economies?

Such are the questions surrounding a report coming Thursday on economic expansion in the July-September quarter. It's likely to be the fourth quarter in the past five in which annual growth reached at least 3 percent — a level that would be the envy of most other big economies.

Some questions and answers to consider:

Probably so. Thanks to robust job gains, most analysts think the economy is finally emerging from five-plus years of stop-and-start expansion. They foresee growth at a healthy 3 percent annual rate from now through 2015. If so, next year would be the first full year of 3 percent growth since 2005 — two years before the Great Recession began.

Keep in mind, though: Nothing is certain. Economists made similar predictions for 2014, only to see a brutal winter and a plunge in exports cause the economy to shrink at a 2.1 percent annual pace from January through March. Growth did roar back in the April-June quarter. Still, for the first half of 2014, it was just 1.2 percent.

— WHY IS THE U.S. OUTPACING OTHERS?

Europe is on the brink of its third recession in seven years. Japan is faltering. Persistent weakness is slowing China, Brazil and other major economies.

Even as the United States enjoyed a second-quarter burst of growth — a vigorous 4.6 percent annual rate — the 18 nations that use the euro didn't grow at all. And Japan's economy, squeezed by a sharp sales tax increase, shrank 7.1 percent.

In China, the world's second-largest economy, year-over-year growth slowed from 7.5 percent in the second quarter to 7.3 percent in the third. That's still robust. But to keep things in perspective, growth in China had topped 10 percent for three decades.

Brazil's economy has been gasping after years of solid growth, partly because of slumping commodity prices.

The U.S. economy is benefiting from a range of factors. The Federal Reserve acted more aggressively to stimulate growth than central banks in other countries did. The nation has significantly strengthened its financial system. The economy is relatively insulated from weakness overseas because it depends much less on exports than most other countries do.

The U.S. economy may look sizzling next to many other countries. But compared with its own history? Not so much. Though the recovery has proved durable into its sixth year, expansion has been the weakest of any post-World War II rebound of similar length.

Healthy growth doesn't necessarily serve everyone. For a typical U.S. household, income has fallen 2.9 percent to $54,045 in the five years since the recession ended in June 2009, according to Sentier Research.

That's partly because little of the economy's output is actually going to workers. Pay equaled just 42 percent of GDP in 2011, a record low. It's recovered only slightly since then.

Much of the economy's growth is instead being captured as corporate profits, which reached an all-time high of 12.6 percent in 2011. Profits have barely dipped since then. As those profits have strengthened, so has the stock market, which disproportionately benefits affluent Americans.

An unusual aspect of this recovery is that there's been no consistent driver of growth. At times, consumer spending has jumped. At other times, businesses have briefly ramped up spending on machinery, computers and software. In other cases, healthy exports or a burst of home building spurred growth.

That's different from most recoveries, which are usually driven by housing, says John Silvia, chief economist at Wells Fargo. When the Federal Reserve cuts interest rates to spur growth, the resulting drop in mortgage rates usually boosts home sales and construction. Yet the Great Recession resulted from a housing bubble that peaked in 2006.

So once the recession ended, there was little pent-up demand for homes. And since job gains and wage growth have been historically weak, it's been harder for potential buyers to afford a home.