Canadian food supplier Golden Boy Foods has yet to comment on the future of a New Mexico peanut process plant eight months after completing a $26 million deal to buy Sunland Inc. The company recently posted a sign at the former plant but largely has remained mum. 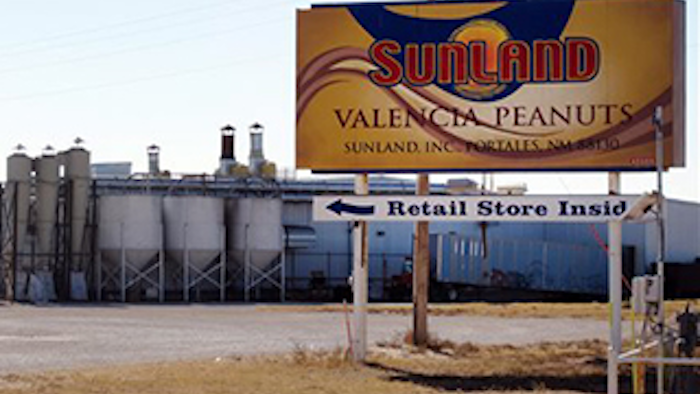 The Portales News-Tribune reports that the company recently posted a sign at the former Sunland peanut process plant but largely has remained mum.

Post Holdings, Golden Boy Foods' parent company, said in an email to the News-Tribune last week they do not have any comment regarding their plan for the Golden Boy facility.

Golden Boy Foods officials said in a May report they intended to reopen the plant, but did not give a timeline or plan for the reopening.

Sunland was the nation's largest organic peanut butter plant. It closed following the salmonella outbreak in 2012.