Poll: Obesity Is a Crisis but We Want Junk Food

We know obesity is a health crisis, or every new year wouldn't start with resolutions to eat better and get off the couch. But don't try taking away our junk food. Americans blame too much screen time and cheap fast food for fueling the nation's fat epidemic, a poll finds, but they're split on how much the government should do to help. 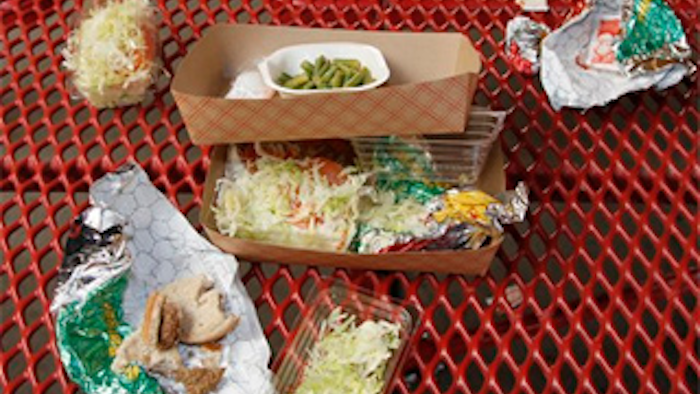 WASHINGTON (AP) — We know obesity is a health crisis, or every new year wouldn't start with resolutions to eat better and get off the couch. But don't try taking away our junk food.

Americans blame too much screen time and cheap fast food for fueling the nation's fat epidemic, a poll finds, but they're split on how much the government should do to help.

Most draw the line at policies that would try to force healthier eating by limiting food choices, according to the poll by The Associated Press-NORC Center for Public Affairs Research.

A third of people say the government should be deeply involved in finding ways to curb obesity, while a similar proportion want it to play little or no role. The rest are somewhere in the middle.

Require more physical activity in school, or provide nutritional guidelines to help people make better choices? Sure, 8 in 10 support those steps. Make restaurants post calorie counts on their menus, as the Food and Drug Administration is poised to do? Some 70 percent think it's a good idea.

"That's a start," said Khadijah Al-Amin, 52, of Coatesville, Pa. "The fat content should be put up there in red letters, not just put up there. The same way they mark something that's poisonous, so when you see it, you absolutely know."

And when it comes to restricting what people can buy — like New York City's recent ban of supersized sodas in restaurants — three-quarters say no way.

"The outlawing of sugary drinks, that's just silly," said Keith Donner, 52, of Miami, who prefers teaching schoolchildren to eat better and get moving.

"People should just look at a Big Gulp and say, 'That's not for me.' I think it starts when they are young and at school," he added.

Indeed, while three-quarters of Americans consider obesity a serious health problem for the nation, most of those surveyed say dealing with it is up to individuals. Just a third consider obesity a community problem that governments, schools, health care providers and the food industry should be involved in. Twelve percent said it will take work from both individuals and the community.

That finding highlights the dilemma facing public health experts: Societal changes over recent decades have helped spur growing waistlines, and now a third of U.S. children and teens and two-thirds of adults are either overweight or obese. Today, restaurants dot more street corners and malls, regular-sized portions are larger, and a fast-food meal can be cheaper than healthier fare. Not to mention electronic distractions that slightly more people surveyed blamed for obesity than fast food.

In the current environment, it's difficult to exercise that personal responsibility, said Jeff Levi of the nonprofit Trust for America's Health, which has closely tracked the rise in obesity.

"We need to create environments where the healthy choice becomes the easy choice, where it's possible for people to bear that responsibility," he said.

The new poll suggests women, who have major input on what a family eats, recognize those societal and community difficulties more than men do.

More than half of women say the high cost of healthy food is a major driver of obesity, compared with just 37 percent of men. Women also are more likely than men to blame cheap fast food and to say that the food industry should bear a lot of responsibility for helping to find solutions.

"They shouldn't be letting all these fast-food places go up," said Wilson, who nags her children and grandchildren to eat at home and watch their calories. She recalls how her own overweight grandmother lost both her legs and then her life to diabetes.

More than 80 percent of people in the AP-NORC poll said they had easy access to supermarkets, but just as many could easily get fast food. Another 68 percent said it was easy for kids to purchase junk food on their way to school, potentially foiling diet-conscious caregivers like Wilson, who doesn't allow her grandchildren to eat unhealthy snacks at home.

"If they say they're hungry, they get regular food," she said.

Food is only part of the obesity equation; physical activity is key too. About 7 in 10 people said it was easy to find sidewalks or paths for jogging, walking or bike-riding. But 63 percent found it difficult to run errands or get around without a car, reinforcing a sedentary lifestyle.

James Gambrell, 27, of Springfield, Ore., said he pays particular attention to diet and exercise because obesity runs in his family. He makes a point of walking to stores and running errands on foot two to three times a week.

But Gambrell, a fast-food cashier, said he eats out at least once a day because of the convenience and has changed his order at restaurants that already have begun posting calorie counts. He's all for the government pushing those kinds of solutions.

"I feel that it's a part of the government's responsibility to care for its citizens and as such should attempt to set regulations for restaurants that are potentially harmful to its citizens," he said.

On the other side is Pamela Dupuis, 60, of Aurora, Colo., who said she has struggled with weight and has been diagnosed as pre-diabetic. She doesn't want the government involved in things like calorie-counting.

"They should stay out of our lives," she said.

The AP-NORC Center survey was conducted Nov. 21 through Dec. 14. It involved landline and cellphone interviews with 1,011 adults nationwide and has a margin of sampling error of plus or minus 4.2 percentage points.