McDonald's began testing the waters of personalized orders last year with a "build-your-own burger" concept at a location in California. In addition to its traditional menu, the restaurant in Laguna Niguel offers tablets on which people can tap out the bun, patty, cheese and toppings they want on their burgers. 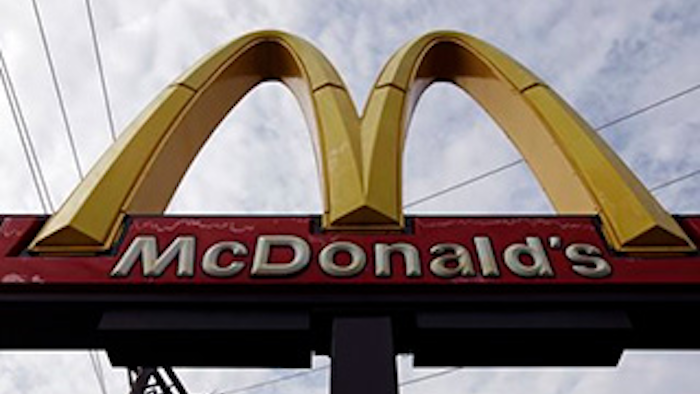 The world's biggest hamburger chain began testing the waters of personalized orders last year with a "build-your-own burger" concept at a location in California. In addition to its traditional menu, the restaurant in Laguna Niguel offers tablets on which people can tap out the bun, patty, cheese and toppings they want on their burgers.

Kevin Newell, U.S. brand and strategy officer for McDonald's, said in an interview that the offering is a "huge driver." Without providing specific figures on the sales impact, he said it's attracting a different type of customer and more of a dinner-time crowd.

The purpose of the expanded test is to get more data, Newell said.

"It'll be more than five, less than a hundred," he said when asked how many restaurants would be testing the menu, hewing to the company's practice of keeping planned tests tightly under wraps. But he said the additional locations will also be in Southern California.

The test reflects a push by McDonald's to adapt to the growing trend toward customization in the fast-food industry. The popularity of Chipotle and Subway, for instance, is largely due to the fact that people can dictate exactly what they want on their burritos and sandwiches.

With McDonald's, by contrast, many people know exactly what's supposed to go into its famous burgers and sandwiches. An ad jingle even once explained the makeup of a Big Mac — "two all-beef patties, special sauce, lettuce, cheese, pickles and onions on a sesame bun."

Now, however, executives in Oak Brook, Ill., are trying to change the perception that people can't customize their orders at McDonald's.

Aside from the "build-your-own burger" test, for instance, the chain is rolling out new prep tables in the kitchens of its more than 14,000 U.S. restaurants. The table are built to accommodate many more toppings and dressings than McDonald's currently offers, suggesting the company has plans to expand its lineup of ingredients. For instance, people might be able to request jalapenos or salsa on their burgers or sandwiches at some point.

Of course, the early signs of promise for the "build-your-own burger" test in California are far from a guarantee of broader success. It could be that people are just drawn by the initial novelty of the test. The chain has already made adjustments to the test, too, such as cooking its Quarter Pounders on a flat grill instead of char-grilling them.

It's also not clear whether McDonald's would be able to translate the concept across its broad network of restaurants, in part because it requires a separate grill in the kitchen where the patties for the customized burgers are cooked in a slower fashion.

"We've got to figure out, can we do it operationally?" Newell noted.