Photo of the Day: Meat from Horses Used in Labs Sold as Food

Meat from horses used in laboratory procedures was sold as fit for human consumption and landed on French dinner tables. Officers from France's National Gendarmerie, accompanied by food safety and veterinary investigators, carried out raids in 11 regions in southern France, arresting 21 people. 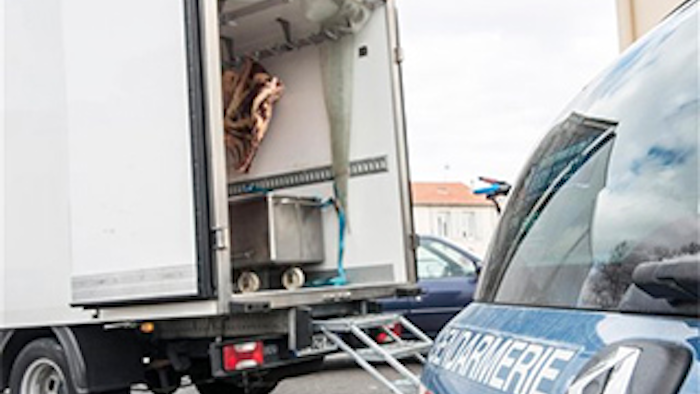 Officers from France’s National Gendarmerie, accompanied by food safety and veterinary investigators, carried out raids in 11 regions in southern France before dawn, arresting 21 people, according to a statement. (AP Photo/Jean-Paul Bonincontro)

An official, speaking on condition of anonymity because details had not yet been released, said the animals had been used in laboratories — including that of drugmaker Sanofi-Pasteur — and then, instead of being destroyed, ended up in the food chain.

Sanofi told Le Parisien newspaper on Monday that the horses were used to create antibodies against rabies and tetanus among others. The company, which said it cooperated in the investigation, said it has resold about 200 horses in the past three years to vet schools, individuals and professionals.

The company said the lab uses horses for about three years before re-selling them, tagged and certified. It said it does not carry out testing on the animals, only make lifesaving medicines.

Benoit Hamon, France's consumer affairs minister, told RTL radio that it was a question of food safety, rather than simple fraud.

Hamon drew a sharp distinction between Monday's raids and a scandal earlier this year in which inexpensive — but edible — horse meat was passed off as beef and sold in supermarkets and restaurants around Europe.

"There are horses that should end up neither on your plate nor at the butcher, and that's the work of this investigation" he said.