Solar projects can't save the forest for the trees? 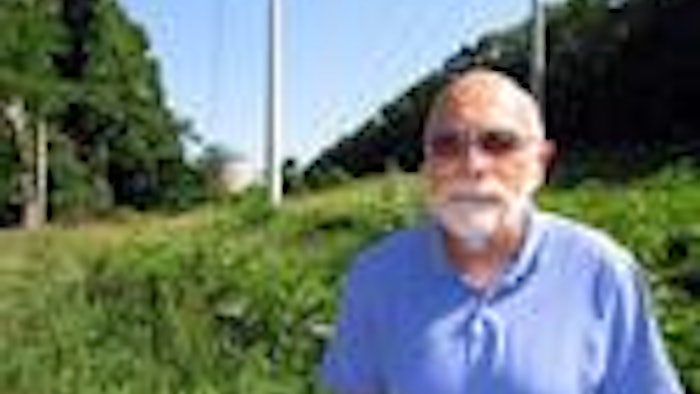 Solar energy ordinarily wins praise from groups that want to cut greenhouse gases, but a proposed solar project at a defunct Long Island nuclear power plant has stirred outrage because it requires demolishing 350 acres of woodlands.

"Choosing solar over forests anywhere in the world is just plain stupid," said Dick Amper, of the Long Island Pine Barrens Society. "Solar is very important to fight global warming and beyond, but I'm afraid we're making false choices when you destroy portions of nature and the environment to accomplish that end."

A court fight is brewing over a plan by New Jersey's Six Flags Great Adventure amusement park to cut down nearly 15,000 trees to make way for a solar farm. In Connecticut, state officials recently approved a plan to raze 134 acres of trees in the town of Sprague, near Norwich, for a solar energy project.

Alex Hobson, a spokeswoman for a Solar Energy industry group in Washington, D.C., declined to comment on the Long Island proposal, but said the industry "is committed to responsible use of the land on which we operate and we go to great lengths to protect biodiversity and ecologically fragile lands."

Under the proposal, a company called LI Solar Generation, LLC, a joint venture between NextEra Energy Resources and National Grid, would construct the facility on the grounds of the defunct Shoreham nuclear power plant.

The plant was completed in 1984 for $6 billion but never opened because of community opposition over potential safety concerns. The solar project backers are hoping to plug into existing electric energy infrastructure on the Shoreham property, with plans for up to 72 megawatts of solar energy, providing power for more than 13,000 homes.

A part of the plan mentions replanting trees elsewhere to offset the cutting of the forest but a spokesman for the company did not have details.

Walter Thomas, who teaches a course on solar energy at the University of Massachusetts-Lowell, questioned why it was necessary to eliminate any trees at all.

"I would think Long Island would have giant rooftops and parking lots in shopping malls that could be used for large solar projects if that's what's needed," Thomas said. "There's so much acreage available for that stuff."

Sid Bail, president of the Wading River Civic Association, who lives about a half mile from the Shoreham site along the Long Island Sound, isn't buying it. "I favor renewable energy, but in this case it's a very bad trade-off," he said.

"We are prepared to work closely with all public officials and the local community to come up with the best solution to have renewable solar energy at Shoreham, and preserve as much of the property as possible," Ross Groffman, executive director of NextEra Energy Resources and LI Solar Generation said in a statement.

Neal Lewis, executive director of the Sustainability Institute at Molloy College, an environmental advocacy group on Long Island that supports the Shoreham project, said it is always preferable to build solar projects in open spaces that don't require the elimination of large numbers of trees. But he notes that "of all the potential options, there is nothing less impactful on the environment than putting in a solar farm."

"That's the real world we live in and they have a right to develop it."