WASHINGTON (AP) — Donald Trump wants a running mate who has what he lacks — political experience. Hillary Clinton is putting a premium on diversity as she searches for a No. 2. Yet the presidential rivals are running strikingly similar processes for tapping their vice presidential picks: relying... 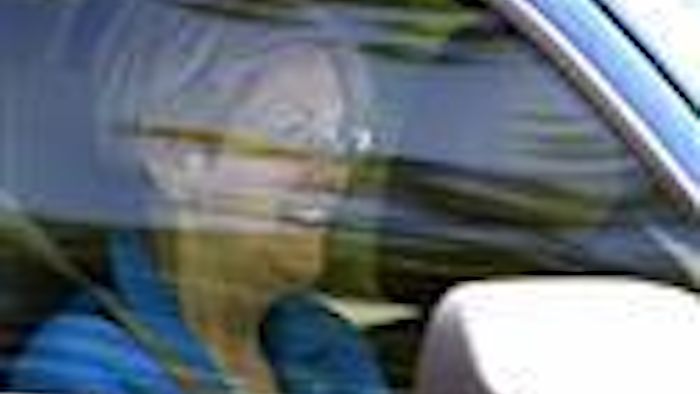 WASHINGTON (AP) — Donald Trump wants a running mate who has what he lacks — political experience. Hillary Clinton is putting a premium on diversity as she searches for a No. 2.

Yet the presidential rivals are running strikingly similar processes for tapping their vice presidential picks: relying on prominent Washington lawyers to comb through the background of top contenders, seeking guidance from a small circle of trusted advisers and family members, and weighing their personal chemistry with prospects.

"We're vetting a lot of good people and we have a lot of interest in people that want to leave high positions and do this," Trump said Thursday.

The presumptive Republican nominee appears less concerned about diversity. His campaign chairman has said publicly that Trump is not interested in choosing a woman or minority for the sake of appealing to a particular segment of the electorate. The confirmed contenders are all white men over age 50.

Clinton has said she wants a running mate who is well-prepared to become president. But Democrats say she's also giving priority to diversity and has been weighing women, Hispanic and black candidates — a nod to the voting blocs Democrats need to win in presidential elections.

Top contenders for the Democratic ticket include Massachusetts Sen. Elizabeth Warren, one of Washington's most prominent female lawmakers; Housing and Urban Development Secretary Julian Castro, a telegenic 41-year-old Hispanic politician; and Virginia Sen. Tim Kaine. New Jersey Sen. Cory Booker, one of two black senators, was also being considered, though it's unclear whether he is still in the running.

It's rare that a running mate dramatically shifts the trajectory of a presidential race. Yet it's still among the most important decisions nominees face during the general election and their choice is viewed as a reflection of their priorities and values.

Clinton has veteran Democratic lawyer James Hamilton overseeing her selection process, with input from longtime confidants John Podesta and Cheryl Mills. Clinton is expected to begin meeting with candidates herself next week, according to two Democrats with knowledge of the process.

Given Clinton's decades in the public eye, her advisers don't expect her selection of a running mate to change her electoral prospects significantly. But one Clinton aide said it was important that her running mate help tell the "story" of her candidacy.

Clinton has increasingly said her campaign is about Americans being "stronger together" — a phrase intended to convey the importance of a diverse country fighting for common goals.

Aides who have worked in senior White House posts under President Barack Obama and former President Bill Clinton have also been emphasizing the need for personal chemistry, noting that a strained relationship between a president and vice president can be destructive in the West Wing.

Clinton and Trump face fast-approaching deadlines as they evaluate their choices.

Trump has said he plans to announce his running mate at the Republican National Convention, which kicks off in Cleveland in just over two weeks — but the campaign has also considered pushing up the date. A person familiar with Trump's decision-making process said the one-time reality television star is weighing how to maximize the suspense of his choice. He might do it showbiz-style at the convention.

Trump has spent weeks discussing his options with his adult children, business associates and even friends from his country clubs. A.B. Culvahouse, a lawyer who has overseen vice presidential vetting for previous GOP nominees, sent vetting paperwork to top contenders late this week.

While the businessman has made clear he'll tap a political veteran for the post, those close to him say that's not the only element.

"He's not going to pick someone he doesn't personally like," according to one person with knowledge of the process. Like others who spoke to The Associated Press on the condition of anonymity, they were not authorized to discuss the vice presidential process publicly.

The businessman has a close relationship with most of vice presidential finalists. He's less familiar with Pence, though the two plan to meet this weekend, according to Marc Lotter, a spokesman for the Indiana governor.

In choosing a political veteran, Trump would not be sending a message only to voters, but to the numerous GOP leaders who are wary of his candidacy.

"That would soothe some concerns — but not all of them," said Kevin Madden, a former adviser to Mitt Romney, the 2012 Republican nominee.

Clinton is expected to wait until after the Republican convention to announce her running mate, allowing her to use her pick to distract from any boost Trump receives from the GOP gathering. She and her running mate will be nominated at the Democratic convention in Philadelphia the last week in July.