NEW DELHI (AP) — The World Bank signed an agreement on Thursday with the Indian-led International Solar Alliance to boost solar energy in developing countries by mobilizing $1 trillion in investments by 2030. It said the agreement, signed by World Bank President Jim Yong Kim and Indian Power... 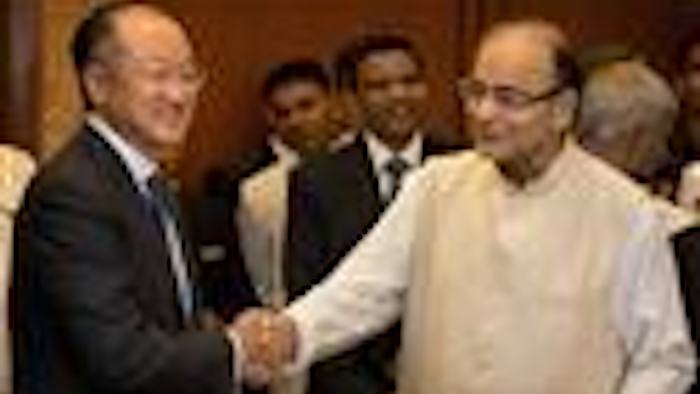 NEW DELHI (AP) — The World Bank signed an agreement on Thursday with the Indian-led International Solar Alliance to boost solar energy in developing countries by mobilizing $1 trillion in investments by 2030.

It said the agreement, signed by World Bank President Jim Yong Kim and Indian Power Minister Piyush Goyal, established the World Bank as a financial partner of the alliance.

The alliance was launched by India and France at the U.N. Climate Change Conference in Paris last November and includes about 120 countries that support the promotion of solar energy.

In addition, it plans to provide more than $1 billion to support India's initiatives to expand solar power generation through projects including solar rooftop technology, infrastructure for solar parks and transmission lines for solar-rich states, it said.

"India's plans to virtually triple the share of renewable energy by 2030 will both transform the country's energy supply and have far-reaching global implications in the fight against climate change," Kim said in the statement.

Also Thursday, the World Bank and the Indian government signed an agreement for a $625 million loan to finance the installation of at least 400 MW of solar panels that will help reduce greenhouse gas emissions by displacing thermal generation.