The Black Thunder mine has a fleet of 148 haul trucks, according to Arch Coal. It is one of the most productive mines in the world and has held the title of biggest in the world in the past. 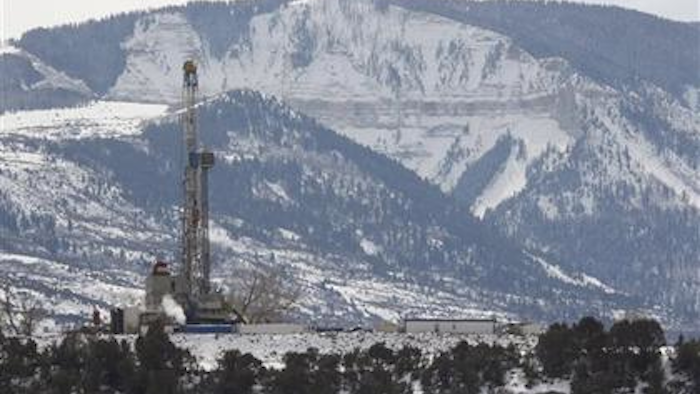 GILLETTE, Wyo. (AP) — Arch Coal is expanding its use of liquefied natural gas to fuel its haul trucks at the Black Thunder coal mine in Campbell County, according to the company that converts trucks to LNG fuel.

Now the mining company is ordering 10 more conversions from GFS Corp. for its Komatsu 930E haul trucks, according to a GFS press release.

The Black Thunder mine has a fleet of 148 haul trucks, according to Arch Coal. It is one of the most productive mines in the world and has held the title of biggest in the world in the past.

The EVO-MT conversion systems of GFS don't completely replace diesel fuel with liquefied natural gas. Instead, they mix the fuels, allowing sensors and computers to set the best mix for the demands on the engines.

The Gillette News Record reports that conversion requires that new fuel tanks be added to the trucks.

GFS expects to have the Black Thunder trucks converted by the end of June, according to its press release. The two companies are also working toward LNG-diesel conversions for other haul trucks and for other diesel-powered mining equipment.

While there are upfront costs for conversion and the infrastructure needed to deliver the fuel, once in place, LNG provides significant cost savings over diesel even with the recent decline in the price of oil.

Natural gas prices have also fallen during the same time period but not to the same extent.