Republican and Democratic lawmakers in the House have found something in common. Many have issues with the Obama administration's new regulations requiring companies that drill for oil and natural gas to disclose chemicals used in hydraulic fracturing. 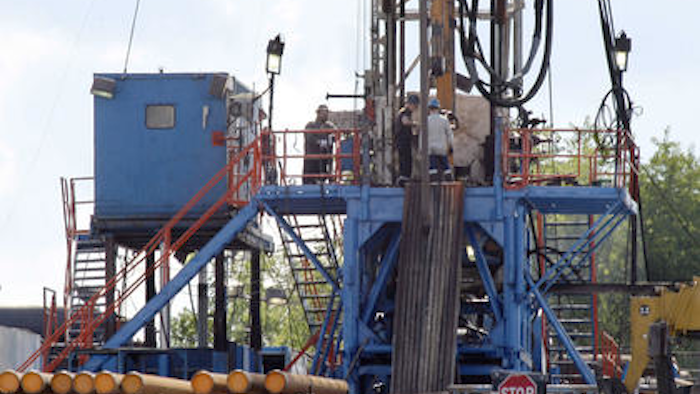 (AP) — Republican and Democratic lawmakers in the House have found something in common. Many have issues with the Obama administration's new regulations requiring companies that drill for oil and natural gas to disclose chemicals used in hydraulic fracturing. Republicans say the new regulations, announced last week, will delay new drilling projects and take marginal lands out of production. Democratic lawmakers say the regulations are so mild that they won't change current operating standards.

The lawmakers' complaints were aired Thursday during a House subcommittee hearing called to review the Bureau of Land Management's budget for the coming fiscal year. Bureau Director Neil Kornze said fracking is taking place in 32 states, and the new federal regulations were aimed primarily at those states with limited or no regulation of the practice. He projected that the new regulations would increase costs by about $11,000 per well.

"We think the confidence that this brings to the American public, and the protection it brings to groundwater and other resources, we believe it's worth it," Kornze said. The new rule will take effect in June. It also updates requirements for well construction and disposal of water and other fluids used in fracking, as the drilling method is more commonly known. The rule has been under consideration for more than three years, drawing criticism from the oil and gas industry and environmental groups alike.

Rep. Doug Lamborn, R-Colo., said he wished the rule would only have been applied to states that aren't regulating fracking. He said states such as his are already doing a good job. He said that delays caused by complying with the new regulations would discourage the oil and gas industry from drilling on federal lands, which would take away jobs and drive away federal revenue. Rep. Alan Lowenthal, D-Calif., said complaints were overblown. If the state laws regarding fracking are stronger than the new federal rule, and many of them are, the state law wins out. He said he would challenge the industry to point to requirements in the federal regulation that they don't already have in place.

Rep. Raul Grijalva, D-Ariz., said the regulation was so lax it was like requiring the auto industry to ensure that every car has a steering wheel and a brake pedal. "This rule does absolutely nothing," Grijalva said. Fracking involves pumping huge volumes of water, sand and chemicals underground to split open rocks to allow oil and gas to flow. Improved technology has allowed energy companies to gain access to huge stores of natural gas underneath states from Wyoming to New York but has also raised widespread concerns about whether it leads to groundwater contamination and even earthquakes.