The Senate approved a long-delayed bill to boost energy efficiency Friday that includes incentives to cut energy use in commercial buildings, manufacturing plants and homes. 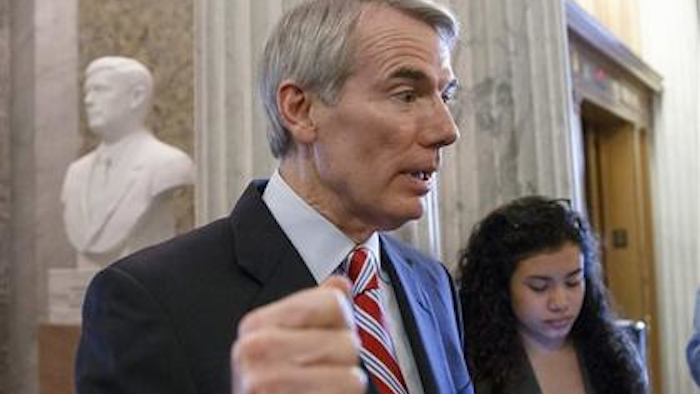 Senators approved the bill by voice vote shortly before beginning a two-week recess. The measure now goes to the House, where a similar bill was approved last year.

The widely popular Senate bill was co-sponsored by Sens. Jeanne Shaheen, D-N.H., and Rob Portman, R-Ohio. A similar bill was defeated last year after it became enmeshed in a partisan fight over the Keystone XL oil pipeline.

The measure exempts some energy-efficient water heaters from pending Energy Department rules and requires federal agencies to develop best practices to increase energy efficiency in federal buildings, among other provisions.

Shaheen and Portman said in a joint statement that the bill would create jobs, save consumers money and reduce pollution.

"This bill has garnered such widespread support because of a simple fact — it is good for the economy and good for the environment," Portman said.

"Energy efficiency has received such strong bipartisan support because it's the cheapest and fastest way to address our nation's energy challenges," Shaheen added.

Energy efficiency is no longer about putting on a sweater and lowering the thermostat, Shaheen said. "It's about the technologies that can reduce energy use."