A Los Alamos National Laboratory employee was in critical condition Monday after being burned in an accident that also sent eight other workers at the nuclear weapons research facility to the hospital. 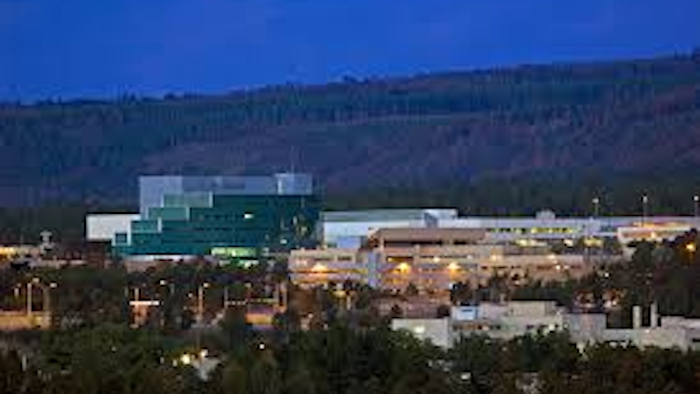 LOS ALAMOS, N.M. (AP) — A Los Alamos National Laboratory employee was in critical condition Monday after being burned in an accident that also sent eight other workers at the nuclear weapons research

facility to the hospital.

Lab spokesman Kevin Roark confirmed the accident happened Sunday while the employees were doing preventative maintenance at an electrical substation that provides power to the lab's Neutron Science Center.

It was not immediately clear what happened, but Roark said the accident is being investigated. He did not identify the worker who was badly burned.

One patient was transported to the burn unit at University of New Mexico Hospital and another was admitted to the Los Alamos Medical Center in stable condition, she said.

A memo sent to lab employees stated that portions of the Neutron Science Center are without power and employees have been urged to work at home or contact their supervisors regarding their plans.

Los Alamos is one of the nation's premiere nuclear weapons research labs, and it's where J. Robert Oppenheimer worked on the atomic bomb in the 1940s.

Built in the late 1960s, the Neutron Science Center contains a linear accelerator.

The center has been cited in several federal safety audits, including for a 2012 incident in which a worker unknowingly opened a canister containing uncontrolled radioactive material.

Operations there were shut down in early 1999 after a series of safety accidents.

Roark said the electrical substation where Sunday's accident happened is adjacent to the center and that the accelerator facility wasn't involved.