House Republicans Friday passed the second of 12 spending bills for the upcoming budget year, a $35 billion measure funding the Energy Department and popular water projects constructed by the Army Corps of Engineers. 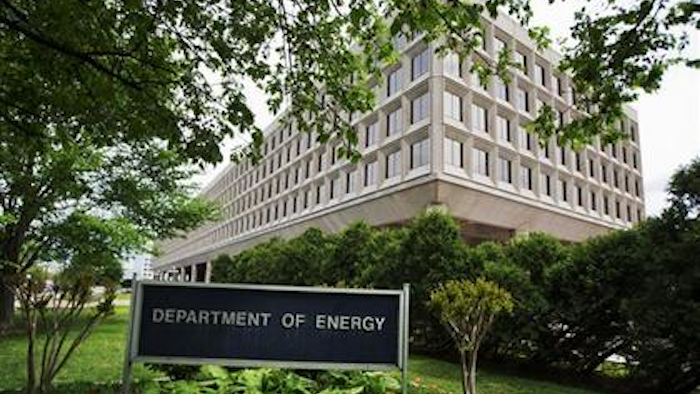 But the 240-177 tally fell short of the margin that would be required to overcome a promised veto by President Barack Obama. The White House and its Democratic allies say the measure would shortchange renewable energy programs like solar power and is studded with anti-environmental "riders," or contentious add-on provisions that actually affect policy and not spending.

The measure includes a big boost to modernize the U.S. nuclear arsenal and also contains money that would keep the Yucca Mountain nuclear waste site in Nevada from being completely shuttered, a challenge to Senate powerhouse Harry Reid, D-Nev., who has been largely responsible for blocking the project in the past.

With Democrats now in the Senate minority, Reid's power has been diluted. But the Yucca funds continue to be opposed by Obama and still face an uphill climb.

The bill advanced the day after House Republicans adopted a plan for the budget year starting in October that would award a $38 billion, 7 percent increase to the Pentagon but leave in place a freeze on domestic agencies under automatic cuts known as sequestration.

Democrats accuse Republicans of having a double standard that would let the Pentagon avoid cuts while making real cuts to many domestic accounts, including anti-poverty accounts in a $55 billion transportation and housing measure released this week. The cuts were approved as Baltimore reeled from protests and violence in the wake of the death of Freddie Gray, a young black man, in police custody.

The transportation and housing measure would cut funding to rehabilitate housing projects by almost $200 million to $1.7 billion, and would offer just $20 million to Choice Neighborhoods grants to help cities rebuild poor neighborhoods, a 75 percent cut from current spending.

While community development grants to states and local governments would be maintained at current levels of $3 billion and funding for a key program for the homeless would receive a nominal $50 million increase, money to help cities like Baltimore deal with poisonous lead paint in its antiquated housing stock would absorb a $35 million cut, or almost one-third.

New York Rep. Nita Lowey, the top Democrat on the Appropriations Committee, called the cuts to bill the "a giant step backward in addressing our transportation and housing needs."