Report: US Carbon Emissions From Electricity Expected to Increase

The most conservative projection showed carbon dioxide levels from the nation's power sector rising by 2 percent between 2013 and 2040. 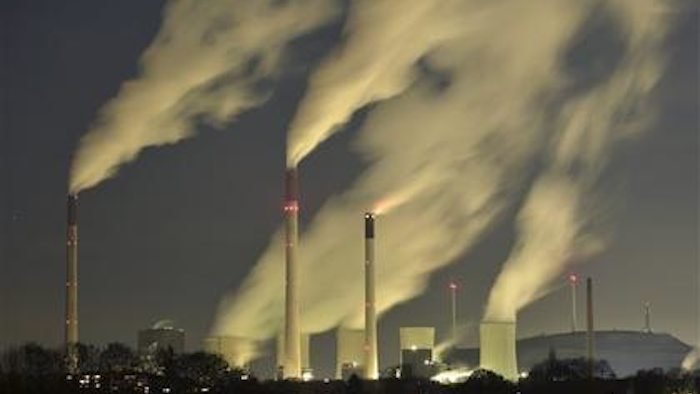 Federal energy officials expect carbon emissions from U.S. electricity generation to increase over the next 25 years despite a decline in recent years.

According to the 2015 Annual Energy Outlook from the Energy Information Administration, the most conservative projection showed carbon dioxide levels from the nation's power sector rising by 2 percent between 2013 and 2040.

The agency primarily based its projections on estimates of future capacity and operating costs. The analysis accounted for current laws and regulations, and did not include a proposal from the Environmental Protection Agency designed to curb emissions from power plants by 30 percent between 2005 and 2030.

The coal industry warned that the EPA's Clean Power Plan would result in power disruptions and economic consequences, while Republican lawmakers vowed to fight the forthcoming rule. Proponents countered that the plan aims to combat climate change and would provide immediate public health benefits.

The EIA, however, said emissions projections are also influenced by factors aside from environmental regulations, including economic growth and fuel prices. The 2 percent projection, for example, stemmed from a model that assumed lower levels of macroeconomic growth.

Current carbon emission levels from electricity are down compared to 2005, in large part due to the substitution of natural gas for coal-fired power plants. Increases in renewable and nuclear energy generation, along with more energy-efficient homes and businesses, also contributed to that decline.

The EIA report showed that continued low natural gas prices could suppress power plant emissions further, although it noted that low crude oil prices comprise only a small fraction of U.S. energy generation and would have little impact on emissions.