The rules, issued by the Environmental Protection Agency and the U.S. Army Corps of Engineers, aim to clarify which smaller waterways fall under federal protection after two Supreme Court rulings left the reach of the Clean Water Act uncertain. 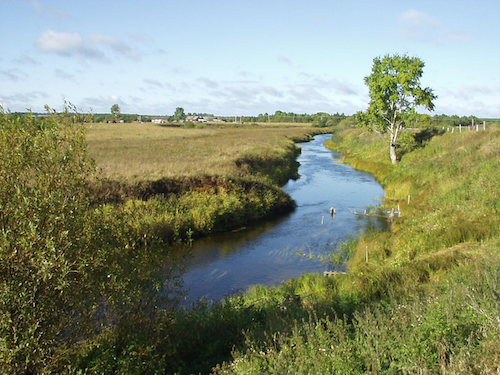 New federal rules designed to better protect small streams, tributaries and wetlands — and the drinking water of 117 million Americans — are being criticized by Republicans and farm groups as going too far.

The White House says the rules, issued Wednesday, will provide much-needed clarity for landowners about which waterways must be protected against pollution and development. But House Speaker John Boehner declared they will send "landowners, small businesses, farmers, and manufacturers on the road to a regulatory and economic hell."

The rules, issued by the Environmental Protection Agency and the U.S. Army Corps of Engineers, aim to clarify which smaller waterways fall under federal protection after two Supreme Court rulings left the reach of the Clean Water Act uncertain. EPA Administrator Gina McCarthy said the waters affected would be only those with a "direct and significant" connection to larger bodies of water downstream that are already protected.

The Supreme Court decisions in 2001 and 2006 left 60 percent of the nation's streams and millions of acres of wetlands without clear federal protection, according to EPA, causing confusion for landowners and government officials.

The new rules would kick in and force a permitting process only if a business or landowner took steps to pollute or destroy covered waters.

EPA says the rules will help landowners understand exactly which waters fall under the Clean Water Act. For example, a tributary must show evidence of flowing water to be protected — such as a bank or a high water mark.

President Barack Obama said that while providing that clarity for business and industry, the rules "will ensure polluters who knowingly threaten our waters can be held accountable."

There is deep opposition from the Republican-led Congress and from farmers and other landowners concerned that every stream, ditch and puddle on their private land could now be subject to federal oversight. The House voted to block the regulations earlier this month, and a Senate panel is planning to consider a similar bill this summer.

EPA's McCarthy has acknowledged the proposed regulations last year were confusing, and she said the final rules were written to be clearer. She said the regulations don't create any new permitting requirements for agriculture and even add new exemptions for artificial lakes and ponds and water-filled depressions from construction, among other features.

These efforts were "to make clear our goal is to stay out of agriculture's way," McCarthy and Assistant Secretary of the Army for Civil Works Jo-Ellen Darcy said in a blog on the EPA website.

The American Farm Bureau Federation has led opposition to the rules, saying they could make business more difficult for farmers. The group said Wednesday that it would wait to review the final rules before responding.

The agriculture industry has been particularly concerned about the regulation of drainage ditches on farmland. The EPA and Army Corps said the only ditches that would be covered under the rule are those that look, act and function like tributaries and carry pollution downstream.

Another farm group, the National Farmers Union, said it still has some concerns about the impact on farmers but is pleased with the increased clarity on ditches, "removing a gray area that has caused farmers and ranchers an incredible amount of concern."

Since the rules were originally proposed last year, the EPA has been working to clear up some misconceptions, putting to rest rumors that puddles in your backyard would be regulated, for example. Farming practices currently exempted from the Clean Water Act — plowing, seeding and the movement of livestock, among other things — will continue to be exempted.

Environmentalists praised the rules, saying many of the nation's waters would regain federal protections that had been in doubt since the Supreme Court rulings.

Margie Alt, executive director with Environment America, called the rules "the biggest victory for clean water in a decade."