Takata Halts Use of Volatile Chemical Linked to Deadly Airbags

The airbags were pulled from the market after it was discovered they were inflating with too much force and causing metal fragments to spray inside vehicles. 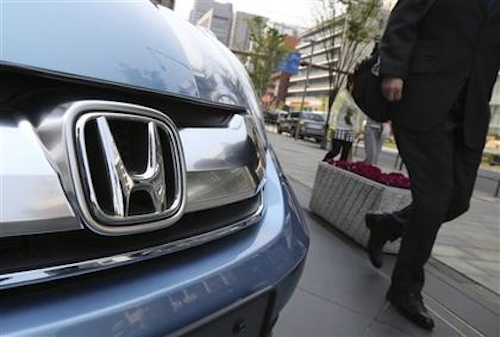 After at least six deaths and hundreds of injuries since 2003, Takata Corp. has been at the center of a massive airbag recall — the largest recall in U.S. history.

Now the company says it will stop using ammonium nitrate as a propellant in its airbags in case the chemical is responsible for the defective bags. The airbags were pulled from the market after it was discovered they were inflating with too much force and causing metal fragments to spray inside vehicles.

The recall affected 34 million airbags that were put into dozens of models of cars including Honda, Mazda, Nissan, GM, Subaru and Toyota. Most of the deaths related to the airbags happened in Hondas in the U.S., but the injuries occurred worldwide.

Scrutiny of ammonium nitrate in airbags started last year as the airbag recall was steadily increasing. Experts pointed out that ammonium nitrate is very sensitive to temperature and moisture changes, which cause it to break down and become more volatile over time. Previously, Takata had used a propellant based on a compound called tetrazole. But it started using ammonium nitrate in 2001 instead — the earliest year airbags affected by the recall were made.

Why did Takata switch? In a New York Times report from last year, an expert in explosives engineering said the compound is “unbelievably cheap.”

Though the company announced in written testimony by Takata executive Kevin Kennedy that it would no longer use ammonium nitrate, no root cause to the airbag troubles has been officially declared.

David Kelly, head of an automakers’ coalition investigating the airbag inflator ruptures told Reuters last month that unless a root cause is found, "we may have this same discussion again" years from now.