The Environmental Protection Agency spent more than $50 million cleaning up the copper mine after finding contaminants from the early 1800s to 1950s were reaching the area's waterways. 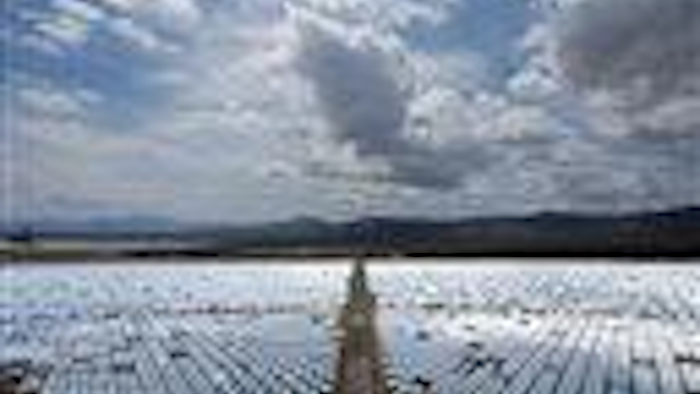 STRAFFORD, Vt. (AP) — A Vermont solar consulting firm is preparing to apply for state approval to build a solar array on the site of the former Elizabeth Mine outside Strafford.

Lebanon Valley News reports that Wolfe Energy is one of many companies that long have eyed the 1,400-acre site as well-suited for solar energy because most other uses are banned due to its Superfund designation.

The Environmental Protection Agency spent more than $50 million cleaning up the copper mine after finding contaminants from the early 1800s to 1950s were reaching the area's waterways.

EPA officials said the agency has been working with the Vermont Department of Environmental Conservation and the project developers "to make sure ... the design and implementation do not adversely impact the cleanup" that the EPA undertook.

Wolfe Energy is partnering with Massachusetts-based Brightfields Development to pursue state permission for the 4.9-megawatt project.

Before petitioning the Public Service Board, the developers first must file a 45-day notice of their petition to local and regional planning commissions in Strafford and Sharon.

Once approved and completed, the proposed solar array would be able to produce enough power for about 1,200 homes. The developers would enter into a power purchase agreement with Green Mountain Power, who would buy the energy.

The developers are aiming to finish the project by the end of 2016 in order to be eligible for renewable energy development tax credits.

John Freitag, chairman of the Strafford Selectboard, said the proposal would be the largest commercial project built in Strafford since the 1940s.