A lawsuit filed by the owner of a Wyoming refinery alleges six companies played roles in the installation of a valve that failed, causing a fire and $135 million in damage to the plant. 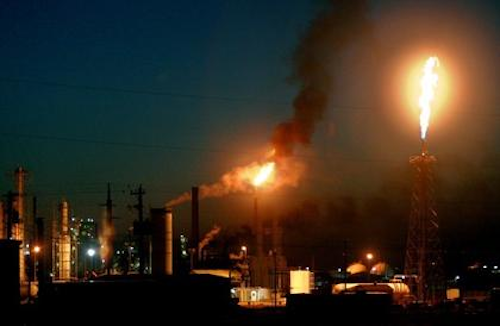 CHEYENNE, Wyo. (AP) — A lawsuit filed by the owner of a Wyoming refinery alleges six companies played roles in the installation of a valve that failed, causing a fire and $135 million in damage to the plant.

Nobody was hurt in the fire on Sept. 27, 2013, at the Sinclair refinery in the town of Sinclair in south-central Wyoming. In the lawsuit filed Friday in U.S. District Court of Wyoming, Salt Lake City-based Sinclair alleges the cause was a hydrogen gas control valve that failed in the refinery's hydrotreater.

Functions of a hydrotreater include removing sulfur as part of the process of turning crude oil into fuels and other petroleum-based products.

One of the carbon steel valves eventually failed amid exposure to hydrogen, Sinclair alleges.

"We do not believe that Fisher is in any way responsible for this fire. The control valve sold to Sinclair was exactly what Sinclair specified and what Sinclair ordered," Fisher spokesman David Baldridge said Tuesday.

The other defendants include A&B Builders Ltd. and Matrix Engineering Ltd., both of Beaumont, Texas. Neither company had a working phone number. Defendant Instrument & Valve Service Co., a Delaware corporation, did not have a listed number.