A company that wants to build an oil pipeline across Iowa said it has purchased easements from nearly 60 percent of landowners, but some don't believe the claim. 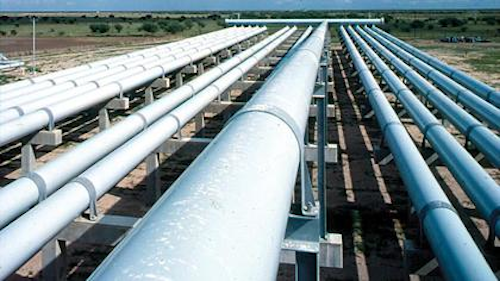 DES MOINES, Iowa (AP) — A company that wants to build an oil pipeline across Iowa said it has purchased easements from nearly 60 percent of landowners, but some don't believe the claim.

Spokeswoman Vicki Granado for Dakota Access LLC, a unit of Dallas-based Energy Transfer Partners, stressed that the number of easements changes daily as agreements are signed. She said the company's count is based on the number of signed agreements, not necessarily on those that have been filed.

The agreements are sent to county offices around once or twice a month, and Granado said the company doesn't control how long it takes for the county to review the documents and get them filed.

The firm seeks permission from the state Utilities Board to construct the pipeline, which would transport up to 570,000 barrels of crude oil daily from North Dakota's Bakken oil fields through South Dakota and Iowa to a distribution center in Illinois. Regulatory requests also are pending in the other states.

The pipeline route in Iowa is planned across 18 counties, and Dakota Access said it has budgeted around $60 million in compensation to property owners for right of way and easement payments. A schedule for the pipeline project calls for it to be operational by late 2016.

Iowa farmer Vance Bauer said he has signed an easement agreement to allow the pipeline to cross his land. He declined to say how much he was offered, but believes that he was fairly compensated for damage that'll occur when the pipeline is installed and for crop losses over the next several years.

But Wally Taylor, a lawyer for the Iowa chapter of the Sierra Club, said it's not inevitable that the pipeline will be built.

He believes the project is bad for the environment and plans to present the Iowa board with evidence that he hopes will persuade it to reject the application.