Tribal leaders from an oil-prolific portion of North Dakota's Fort Berthold Reservation say they can't count on federal or state regulators — or their own tribal government — to monitor the boom, so they are moving to do it themselves. 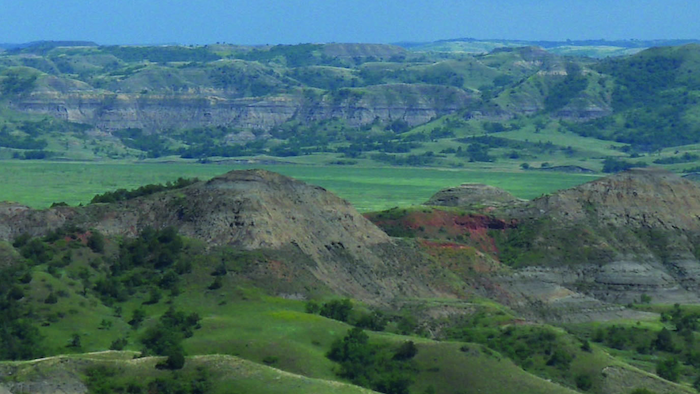 BISMARCK, N.D. (AP) — Tribal leaders from an oil-prolific portion of North Dakota's Fort Berthold Reservation say they can't count on federal or state regulators — or their own tribal government — to monitor the boom, so they are moving to do it themselves.

Industry officials question whether the tribe has the jurisdiction to impose such rules and warned the change could severely slow oil production on the reservation, which accounts for about a third of the state's 1.1 million barrels of daily oil production.

Lone Fight and other tribal leaders from the region said they are fed up with everything from oil spills, overweight trucks and reckless driving to the proliferation of illegal drugs and prostitution on the million-acre reservation, which is occupied by the Mandan, Hidatsa and Arikara tribes.

"We have the full authority to regulate and monitor all activity within our boundaries," said Ted Lone Fight, chairman of the newly formed West Segment Regulatory Commission, a five-member panel that aims to regulate everything from oil drilling to doing background checks and drug testing for oil-field workers. He added: "We just want to protect our members and the environment."

The leaders have sent about 3,000 letters to oil companies requiring them to register with the commission and attend a mandatory informational meeting next week in Mandaree, where one of the six tribal divisions is headquartered.

Oil drillers already have to follow state, federal and tribal laws, according to Ron Ness, president of the North Dakota Petroleum Council.

"Additional layers of bureaucracy is costly and time-consuming," said Ness, whose group represents more than 500 companies working in the oil patch. "This will significantly impact development. You can't continue to pile on these burdens and not impact development."

North Dakota is the nation's No. 2 oil producer behind Texas. The reservation alone produces more than 300,000 barrels daily, or about equal to Colorado, the nation's seventh-biggest oil producer.

The west segment of the reservation is home to about 1,000 tribal members and is the busiest region for drilling — nine of the 77 oil rigs operating Wednesday in North Dakota were drilling on the reservation, and most of those were near Mandaree.

"We are the heartbeat of the Bakken," said Harriet Goodiron, the new commission's general manager.

The commission currently is crafting its own regulations regarding oil drilling, though many already are on the books but are not being enforced, she said. Rules should be in place next month and six tribal compliance officers, who are to be funded from fees and fines, will enforce them, Goodiron said.

Goodiron said several companies have inquired about the commission's new requirements and most seem supportive.

"The rest are getting their lawyers on us," she said. "We're not going to take those threats. They are going to follow our sovereign laws or they are not going to be here. If they want to leave, that's fine."