The fate of Colstrip carries symbolic weight because of its location in the Powder River Basin of Montana and Wyoming, home to some of the largest coal mines in the world. 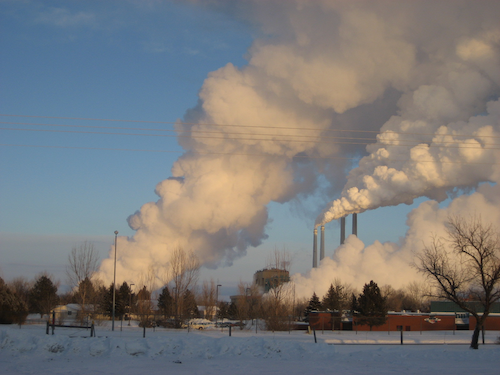 BILLINGS, Mont. (AP) — The formation of a new company to run Montana's largest power plant has raised questions among analysts and plant detractors about how long it can keep going, as pollution control costs rise and coal's share of the electricity market crumbles.

The plant's new operator has an answer: There are no plans to shut down the 2,100-megawatt Colstrip Steam Electric Station.

Talen Energy spokesman George Lewis acknowledged these are uncertain times for coal power across the U.S.

But he said Colstrip for now remains a solid performer that delivers a profit for the Pennsylvania-based company that assumed operations of Colstrip earlier this month, prompting speculation about its intentions for the 360-worker plant.

"It's a legitimate question for an operator of any coal-fired plant in the U.S.," Lewis said. "We're looking at the same economic picture and certainly we're aware of all the challenges. But we still have Colstrip as part of our plan going forward."

The fate of Colstrip carries symbolic weight because of its location in the Powder River Basin of Montana and Wyoming, home to some of the largest coal mines in the world. That's helped make the plant a target of environmentalists — and a rallying point for industry supporters and unions anxious to deflect attacks on coal.

Long-time operator PPL Montana was spun off from its parent company in early June to become part of Talen. In the months before the spinoff, PPL shuttered the 153-megawatt Corette coal plant in Billings, blaming in part rising costs to comply with federal pollution rules.

The U.S. Supreme Court on Monday came down against one of the Environmental Protection Agency rules, designed to reduce emissions of mercury and other pollutants. Justices said in a 5-4 ruling that the agency had failed to account for how much the rule would cost and sent the issue back to a lower court for further proceedings.

Talen spokesman Todd Martin said the company already was in a good position to meet the mercury requirement at Colstrip. No changes in operations were expected, he said.

So far, Colstrip's owners have been willing to invest in technologies to keep up with the changes in regulations. Yet in an analysis of the newly formed Talen, the financial firm UBS said retiring at least two of Colstrip's four units was a potentially preferable alternative to spending many tens of millions of dollars more on pollution controls.

"Putting more money into these plants is not a palatable outcome," said UBS analyst Julien Dumoulin-Smith. "If push comes to shove, it would make more sense to retire than to invest money in scrubbers" that reduce air pollution from coal.

A second report on Colstrip by an alternative energy group came to similar conclusions.

One of the major forces working against coal-burning power plants is the low price of natural gas, which has driven an erosion in coal's share of the electricity market from roughly half just a decade ago to about a third this year.

Beyond market pressures, two major expenses are looming: Equipment to control emissions into the atmosphere of fine particles that cause "haze," which reduces visibility and causes respiratory problems; and potential reductions in carbon dioxide, the greenhouse gas blamed in global warming.

On June 9, the 9th U.S. Circuit Court of Appeals threw out a haze rule for Colstrip from the U.S. Environmental Protection Agency that would have reduced emissions by 12,000 tons annually, at an estimated cost of $83 million.

Talen touted the ruling as a victory. So did environmental groups that challenged the EPA rule as too weak. For them, the ruling offers another chance for the EPA to impose even tougher pollution requirements, which could push the plant closer to retirement.

Costs for Colstrip to comply with the EPA's pending carbon dioxide rule are not known. Technologies that can capture carbon to prevent its release are unproven at a commercial scale.