A plan by the U.S. Environmental Protection Agency to reduce emissions from coal-fired power plants would threaten the reliability and affordability of electricity and cause substantial economic injury to the state, Attorney General Scott Pruitt claims in a federal lawsuit filed Wednesday. 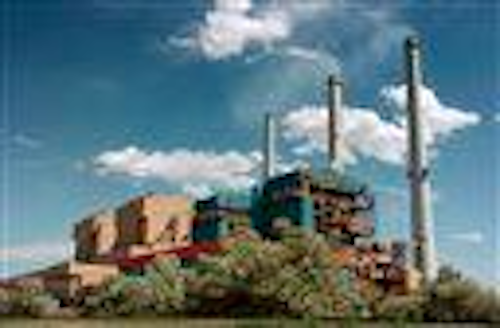 OKLAHOMA CITY (AP) — A plan by the U.S. Environmental Protection Agency to reduce emissions from coal-fired power plants would threaten the reliability and affordability of electricity and cause substantial economic injury to the state, Attorney General Scott Pruitt claims in a federal lawsuit filed Wednesday.

The lawsuit in federal court in Tulsa argues the EPA's Clean Power Plan exceeds its authority and seeks an injunction that would prohibit the federal agency from regulating coal-fired electricity plants in Oklahoma.

"The EPA is ignoring the authority granted by Congress to states to regulate power plant emissions at their source," Pruitt said in a statement. "The Clean Power Plan is an unlawful attempt to expand federal bureaucrats' authority over states' energy economies in order to shutter coal-fired power plants and eventually other sources of fossil-fuel generated electricity."

EPA spokesman David Gray defended the plan in a statement late Wednesday, saying it "will be affordable, will drive American innovation and American jobs, and will demonstrate our leadership in the international community."

Last year, President Barack Obama rolled out a plan to reduce earth-warming pollution from power plants by 30 percent by 2030, setting in motion one of the most significant U.S. actions ever to address global warming. Once completed this summer, the rule will set the first national limits on carbon dioxide from existing power plants, the largest source of greenhouse gases in the U.S.

The administration says the rule is expected to raise electricity prices by about 4.9 percent by 2020 and spur a wave of retirements of coal-fired power plants.

Oklahoma Gov. Mary Fallin already issued an executive order in April prohibiting the state from developing a plan to reduce its carbon dioxide emission from power plants, and Indiana's governor has said his state also will not comply.

And last month, the Republican-controlled U.S. House approved a bill that would allow states to opt out of the plan if its governor determines it would cause significant rate hikes for electricity or harm reliability of service.