Economic activity in the manufacturing sector expanded in June for the 30th consecutive month. 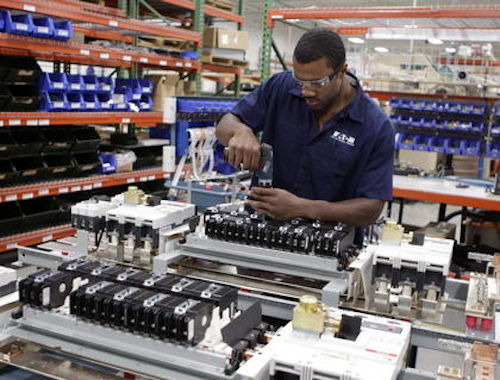 “The Institute for Supply Management (ISM) index, a short-term leading indicator of U.S. manufacturing growth, increased by 0.7 percentage points from May to a level of 53.5 percent in June,” noted Cliff Waldman, director of economic studies for the MAPI Foundation, the research affiliate of the Manufacturers Alliance for Productivity and Innovation. “Generally speaking, such a reading is indicative of continued manufacturing output gains at a slightly accelerated pace.”

Bradley J. Holcomb, CPSM, CPSD, chair of the Institute for Supply Management Manufacturing Business Survey Committee states, “The past relationship between the PMI and the overall economy indicates that the average PMI for January through June (52.6 percent) corresponds to a 3 percent increase in real gross domestic product (GDP) on an annualized basis. In addition, if the PMI for June (53.5 percent) is annualized, it corresponds to a 3.3 percent increase in real GDP annually.”

ISM’s New Orders Index registered 56 percent in June, an increase of 0.2 percentage point when compared to the May reading of 55.8 percent, indicating growth in new orders for the 31st consecutive month. A New Orders Index above 52.1 percent, over time, is generally consistent with an increase in the Census Bureau’s series on manufacturing orders (in constant 2000 dollars).

ISM’s Production Index registered 54 percent in June, which is a decrease of 0.5 percentage point when compared to the 54.5 percent reported in May, indicating growth in production for the 34th consecutive month. An index above 51.1 percent, over time, is generally consistent with an increase in the Federal Reserve Board’s Industrial Production figures.

“The slide in the backlog of orders corroborates recent output data showing a contraction in factory sector output during the first quarter of 2015 and, given weakness in April and May, the distinct possibility of another contraction in the second quarter,” Waldman cautioned. “The respondent comments to the June ISM survey, while mixed, are indicative of a world of challenge. One respondent revealed that business is holding in the U.S. but is soft in Europe and declining in Asia. A respondent from the machinery sector noted that sales are down from last year, a negative sign for manufacturing strength as a whole. Comments also suggest that the downturn in oil and gas markets is impacting demand in a number of industry sectors.”

The Inventories Index registered 53 percent in June, which is 1.5 percentage points higher than the 51.5 percent registered in May, indicating raw materials inventories are growing in June for the second consecutive month. An Inventories Index greater than 42.9 percent, over time, is generally consistent with expansion in the Bureau of Economic Analysis (BEA) figures on overall manufacturing inventories (in chained 2000 dollars).

“Exports has been bouncing around that 50 line for a few months,” says Holcomb. “I think it’s a reflection of a strong dollar and our overseas customers still trying to react and adjust to that. At 49.5, I’m not unhappy with that in view of the stronger dollar. Imports at 53.5 shows that we’re happy to buy raw materials from overseas and the price of the dollar is helping that too.”

The ISM Prices Index registered 49.5 percent in June, the same reading as in May, indicating a decrease in raw materials prices for the eighth consecutive month. In June, 14 percent of respondents reported paying higher prices, 15 percent reported paying lower prices, and 71 percent of supply executives reported paying the same prices as in May. A Prices Index above 52.1 percent, over time, is generally consistent with an increase in the Bureau of Labor Statistics (BLS) Producer Price Index for Intermediate Materials.

“We’ve had six months this year of decreasing prices and 49.5 the last two months,” explains Holcomb. “It’s pretty well stabilized around 50, but it is very unusual and we can attribute this directly to the price of oil and all that that touches. In the longer term, we like to see things within a comfortable increasing range and I suspect we’ll get back to that shortly.”

ISM’s Employment Index registered 55.5 percent in June, which is an increase of 3.8 percentage points when compared to the 51.7 percent reported in May, indicating growth in employment for the second consecutive month. An Employment Index above 50.6 percent, over time, is generally consistent with an increase in the Bureau of Labor Statistics (BLS) data on manufacturing employment.

“The 3.8 percent increase is the largest uptick in this index since August 2009,” adds Holcomb. “Furthermore, when employment rises like that, it’s a sign that manufacturing is seeing good things ahead in terms of their order book and their outlook. It’s another indication that things are definitely moving in the right direction over the next few months.”