Most of the $18.7 billion proposed settlement that BP reached over its 2010 Gulf of Mexico oil spill would go to five Gulf Coast states, if the deal is approved by a judge. A portion of the settlement is not assigned to any particular state. Here's how the state-specific money breaks down, with payments to states being made over nearly two decades: 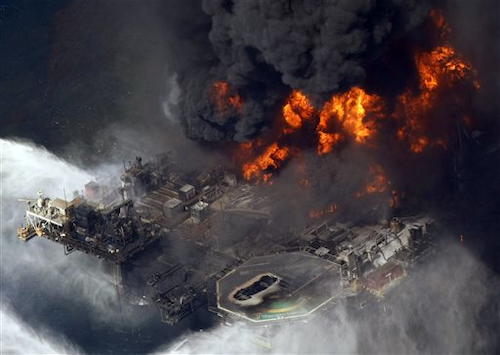 NEW ORLEANS (AP) — Most of the $18.7 billion proposed settlement that BP reached over its 2010 Gulf of Mexico oil spill would go to five Gulf Coast states, if the deal is approved by a judge. A portion of the settlement is not assigned to any particular state. Here's how the state-specific money breaks down, with payments to states being made over nearly two decades:

Alabama would receive $2.3 billion. Gov. Robert Bentley said the settlement would steer $1.3 billion for coastal environmental restoration. He said some of the $1.3 billion has already been paid to the state. Another $1 billion for will go to the state's general fund as compensation from economic damages from the spill. Bentley said that money, which equates to $55.5 million a year, will help the cash-strapped budget, but will not solve the state's current fiscal crisis, with lawmakers facing a $200 million deficit next year.

Florida would receive $3.25 billion, with about $2 billion for economic loss and the rest distributed throughout the state to environmental projects such as beaches and piers.

Attorney General Pam Bondi said Florida would receive more than $400 million for economic losses in early 2016. Three-quarters of that money would go to Triumph Gulf Coast, a trust fund set up by the Legislature, to help the eight counties in the Florida Panhandle that were most affected by the spill. The final 25 percent of the money would be distributed throughout Florida by the Legislature. The remaining money would be distributed over the next 17 years.

Caldwell said the $6.8 billion includes $5 billion for natural resources damages, at least $787 million for civil penalties under the federal Clean Water Act and $1 billion for economic damages caused by the oil spill. Both the natural resources damages and Clean Water Act penalty dollars are expected to be largely used for coastal restoration projects, wetlands and wildlife habitat repair, and environmental rehabilitation. State lawmakers last year agreed to use the economic damages money to refill Louisiana's "rainy day" fund and an elderly trust fund that had been drained to plug budget gaps.

In addition to the $6.8 billion, Louisiana also would receive a share of $600 million BP has agreed to set aside to pay for assessing environmental damage and other state expenses. Caldwell said that would include reimbursement for attorneys' fees and other state litigation expenses.

Most of the $1.5 billion would go toward environmental restoration, with a portion to economic development. The Legislature would decide how to spend $750 million over 17 years.

The $659 million announced earlier includes payments to cover environmental damage and other projects. The state Department of Environmental Quality says money will cover several projects, including restoration of marshes and artificial reef habitats, preservation of streams. The department says about $10.4 million will be spent at Infinity Space Center, a tourist attraction run by NASA at Stennis Space Center in Hancock County.

In its lawsuit against BP, Texas had argued the oil spill cost the state a variety of tax revenues, including sales taxes, hotel occupancy taxes and mixed beverage taxes. The suit also claimed the spill reduced revenues at three state parks and injured, destroyed or contaminated coastal habitats and a variety of wildlife. Officials with two centers in Texas that are conducting research on the Gulf Coast region in the wake of the oil spill said the settlement money would help with their work.