GE, BP Will Connect Thousands of Subsea Oil Wells to The Industrial Internet

BP will use GE’s Predix software platform to connect wells to the Industrial Internet. 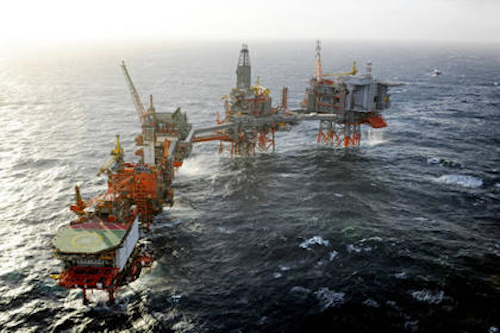 In 1894, California businessman Henry L. Williams drilled a pair of oil wells at the end of a pier sticking out 300 feet into the Pacific Ocean in Summerland, some 90 minutes up the coast from Los Angeles, and drew the first offshore oil.

Today there are tens of thousands of subsea wells around the world - some as deep as 9,000 feet below sea level and many miles from the coast - producing millions of barrels of oil. Keeping them working efficiently, especially now, when the oil margins are thin, is no small challenge. The industry estimates that operators lose as much as $3 million in revenue per week when a well goes out of commission.

No wonder all kinds of companies operating in the energy space have started looking for ways to reduce unplanned downtime as close to zero as possible. “Telling a customer what to fix after it has failed is relatively easy,” said Bob Judge, director of product management at GE Oil & Gas. “Telling them to fix something before it costs them money is the magic.”

That magic is also the idea behind a new partnership between BP and GE’s Intelligent Platforms unit. Next year, BP will use GE’s Predix software platform to connect 650 wells to the Industrial Internet. If all goes according to plan, the companies will expand the scope to 4,000 BP subsea wells around the world. “We will help them to get connected, get insights and get optimized,” says Kate Johnson, CEO of GE Intelligent Platforms Software. The oil well software will harvest information from sensors monitoring vibrations, temperature, pressure and other well properties. It will store, contextualize and visualize the data, and provide the right BP workers with real-time insights. The ultimate goal is to improve well performance, production and minimize downtime.

“Right now, if something fails, you have to send a person and a part to fix it,” Johnson says. “We want to eliminate unexpected failures. That’s the value right in front of your face. But the idea is that it will also allow us to obtain new insights into making the machines work better.” Johnson says that the software used by BP is “equipment-agnostic” and can easily work with data from non-GE machines. Peter Griffiths, BP’s system operations strategist, says the software will help BP move away from costly “bespoke solutions to off-the-shelf industry solutions,” increase standardization and improve oversight and decision making.

Griffiths told Fortune  that BP wanted to build a process that could be replicated across the world at all of its wells. “This is a more standardized way of us doing something,” he told the magazine. “Previously we had four or five ways of doing it and now have a much more consistent approach.”

The first 650 wells should come online in early 2016, and the rest are scheduled to follow over the next several years. The first batch of wells includes far-flung operations stretching from Prudhoe Bay in Alaska to Angola to the North Sea.

But the wells could be just the beginning. The Predix platform is scalable and could be easily extended to monitoring gas turbines and other heavy machinery. GE software already works in hospitals, monitors jet engines and helps railroads optimize their schedules. GE earned $4 billion from software in 2014 and the company expects that number to grow to $7 billion next year.

“There will be more than one billion connected machines by 2020,” Johnson says. “Once you get insights, you’ll be able to make them work better and more efficiently, no matter what they are.”