Will the agreement with Iran affect global oil prices? When might we start seeing an impact? 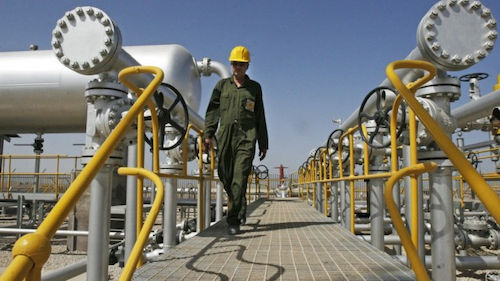 1. Will the agreement with Iran affect global oil prices?

The easy answer is yes. The more difficult response involves pinpointing when and by how much.

Iran has by many estimates 10s of millions of barrels of oil waiting in inventory to be sold. They will hit a market already dealing with a glut of oil and relatively low prices. Then the country will start increasing production, which could eventually add another 600,000 barrels of oil a day or more, but that production increase is expected to happen gradually.

The timing depends on factors like when sanctions against the country are lifted, how Congress views the agreement, and how quickly Iran can increase production.

Several analysts say they don't believe Iranian oil will have much of an influence on prices until 2016, when that stored oil is expected to start hitting the market.

Others say the prospect of a deal, in the works for months, has already been factored into prices.

3. What other variables can influence the cost of oil?

Key oil producers like Saudi Arabia could lower production to help stabilize or firm up oil prices, but they might lose market share in the process.

Prices may fall low enough to cause U.S. producers to scale back production some more because oil would become too expensive to produce.

Demand also influences prices, and that can depend on the health of global economies.

4. Will it affect what I pay for gas?

That's hard to say. Gas prices often vary widely from the direction of crude oil prices and can depend on dozens of other factors like where the fuel comes from and the time of year.