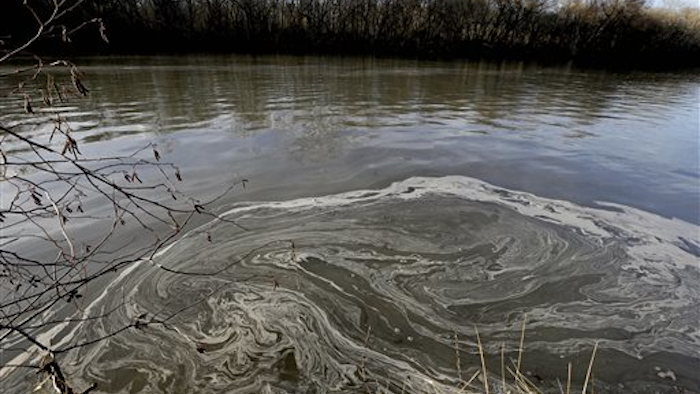 The rule set the first national standards for so-called coal ash, treating it more like household garbage than a hazardous material.

The bill's sponsor, Rep. David McKinley, R-W.Va., said it was needed because the EPA rule leaves open the possibility that coal ash could be designated as hazardous, creating uncertainty for industry.

The White House said in its veto threat that the House bill would undermine public health and environmental protections provided by the EPA rule. The 2008 failure of a coal ash containment site in Tennessee, and a massive spill last year in North Carolina serve as "stark reminders" of the need for safe disposal and management of coal ash, the White House said.

The House bill would weaken these protections, in part by eliminating restrictions on how close to drinking water sources coal ash containment sites can be located.

McKinley, a strong supporter of the coal industry and a staunch critic of the EPA, hailed the agency's decision not to treat coal ash as hazardous waste.

"That gives the recyclers, the utility companies, all a chance to take a deep breath and proceed," McKinley said.

At the same time, language in the rule says the EPA can reverse its decision in the future, causing uncertainty for industry and regulators alike, McKinley said.

"Without this legislative action, regulatory uncertainty that swirls around coal ash will continue, as it has for 35 years," McKinley said, calling that unfair to more than 300,000 workers employed by coal ash recyclers and related industries.

McKinley's bill would allow states to set up a coal ash permit program, using the federal rule as a minimum requirement. States that choose not to set up a program would be subject to regulation established by the EPA.

Environmental groups and some Democrats said the bill would strip important safety requirements in the EPA rule, including restrictions on proximity to drinking water sources.

Rep. Frank Pallone, D-N.J., called the bill "unnecessary and dangerous" and said it would roll back important protections put in place by the EPA "after years of hard work and public process."

Sens. John Hoeven, R-N.D. and Joe Manchin, D-W.Va., have introduced a similar bill in the Senate.