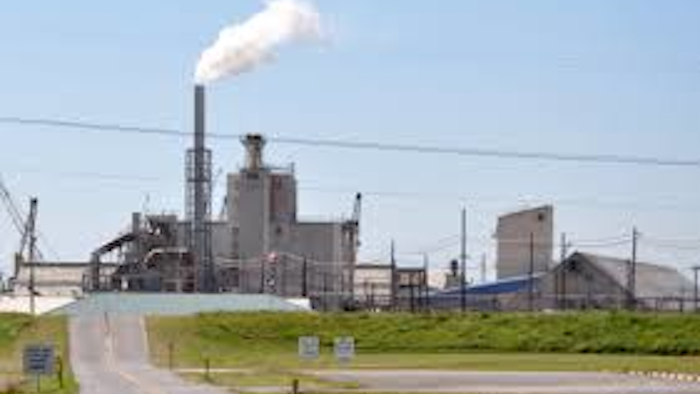 James B. Tucker, an attorney representing Mississippi Phosphates, told The Sun Herald (http://bit.ly/1Ix4NjF) he will enter a guilty plea on behalf of the company before U.S. District Judge Louis Guirola Jr. in Gulfport.

Tucker said Thursday he could not comment on the case.

Last October, the company filed for Chapter 11 bankruptcy protection. A bankruptcy judge has since approved a plan to sell the company.

In December, the Pascagoula company stopped producing diammonium phosphate and let go most of its 200 workers. It has remained open with a small crew to meet federal environmental requirements.

The company operated two sulfuric acid plants on an 8.5-square-mile bay west of Pascagoula at a deep-water channel with direct access to the Gulf of Mexico.

The plea agreement was negotiated with the Justice Department in conjunction with the company's bankruptcy proceedings.

A bill of information unsealed this week said the business has polluted waterways and harmed the environment for at least a decade.

The Mississippi Department of Environmental Quality, acting under authority of the Environmental Protection Agency, has notified the business of hundreds of violations since 2000 but the business has failed to comply, court documents document said.

Federal prosecutors allege the business has a history of harming the environment through the illegal discharge of wastewater containing pollutants toxic to fish and other marine life.

The charge alleges the business killed more than 47,000 fish by discharging more than 38 million gallons of acidic wastewater in August 2013, and created a mile-long oily sheen in February 2014 by releasing oily wastewater through a culvert into Bayou Casotte.

Operating permits required the business to store stormwater contaminated by on-site pollutants to prevent it from being released into waterways until it has been treated to have acceptable pH levels. The pollutants include ammonia and phosphorous.