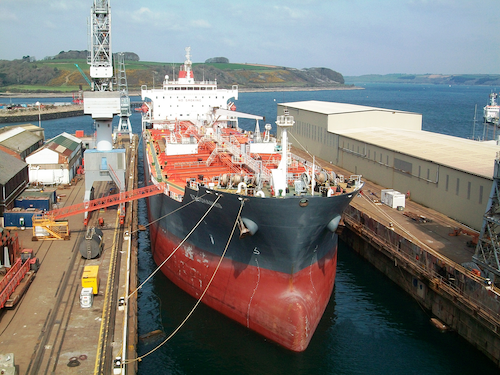 Republicans argued that the move was long overdue amid historic highs in U.S. energy production in recent years due to fracking.

The bill dates to the gasoline crisis of the 1970s, but oil companies long called for lifting the ban and said it artificially kept U.S. oil prices down.

"Free trade in energy will allow America to harness the full economic opportunities created by our energy revolution," said Louis Finkel of the American Petroleum Institute.

Refineries hoped to continue reaping the benefits of cheap crude under the ban. Refined oil and natural gas is not subject to the export ban.

Democrats, however, opposed the measure; critics suggested it would encourage more oil drilling and curb efforts to reduce carbon emissions.

"Before we make such a monumental shift in U.S. policy, I hope we can agree to expand our existing policy incentives for carbon-free energy sources,” said Sen. Martin Heinrich, D-New Mexico.

The legislation is expected to come before the full Senate later this summer.

The House, meanwhile, should take up its own version of the bill this fall. House Speaker John Boehner, R-Ohio, endorsed lifting the export ban on Wednesday.

The Senate Energy Committee also passed a broader energy reform bill by an 18-4 margin. If passed, it would be the first such measure signed into law since 2007.