A Texas-based oil manufacturer has agreed to pay $4 million to settle a lawsuit alleging that the company discharged hazardous pollutants at its refinery in Martinez. 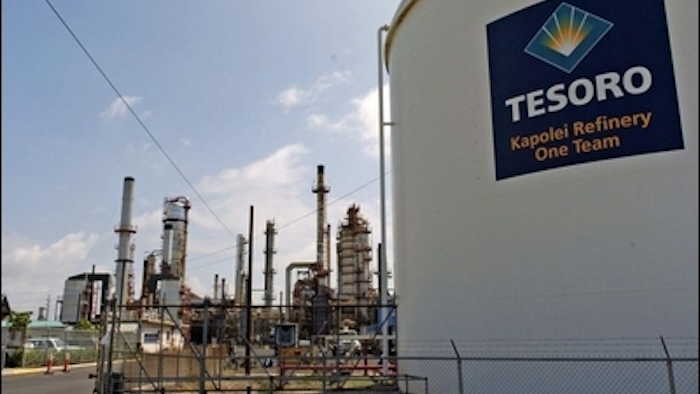 SAN FRANCISCO (AP) — A Texas-based oil manufacturer has agreed to pay $4 million to settle a lawsuit alleging that the company discharged hazardous pollutants at its refinery in Martinez.

The San Francisco Chronicle reports that the deal announced Wednesday comes after an eight-year investigation by Bay Area regulators who found that Tesoro Corp. hadn't properly disposed of the plant's byproducts in sewer and water-treatment facilities.

Refineries in the area are required to treat liquid waste so that harmful compounds are removed.

Tesoro Corp. says it has addressed the concerns brought up by the Bay Area Quality Management District.

District officials have confirmed that the company is no longer releasing smog- and ozone-producing waste.