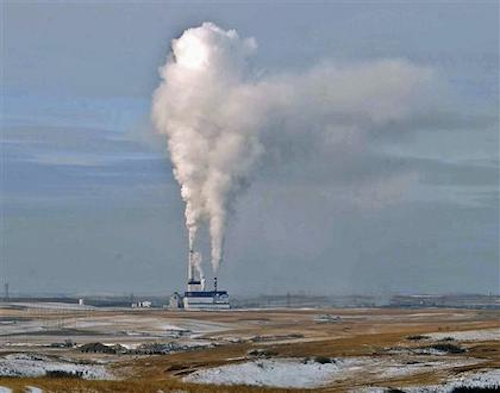 It is among 16 states that will have to reduce their carbon dioxide emissions the most under the new Environmental Protection Agency rules unveiled Monday by President Barack Obama. Under the new standards, North Dakota must cut its emission rate almost 45 percent by 2030.

"They are much more stringent than what we had feared," Stenehjem said.

State and industry officials have strongly criticized the rules, saying the change will drive up the cost of electricity at the expense of ratepayers and hurt the state's economy. North Dakota Gov. Jack Dalrymple has signaled potential legal challenges for at least a year to any rule that he didn't find practical and cost-effective.

Jason Bohrer, director of the Bismarck-based Lignite Energy Council, said some of the state's seven coal-burning power plants are "definitely threatened for closure" under the new rules.

"There is no cost-effective technology commercially available to remove CO2 to that magnitude," he said.

That's because of the use of lignite, an abundant but low-grade coal mined in the state that fuels its powerplants. The high-moisture coal produces more emissions and burns less efficient than drier coals.

State lawyers are still studying the new EPA rules, which are contained in a more than 1,500-page document, Stenehjem said.

Any lawsuit challenging the new regulations will have to wait until they are published in the Federal Register, which could happen as early as next week, Stenehjem said. North Dakota may decide then whether to file a lawsuit, "but we want to make sure our litigation strategy is a sound one," he said.

Bohrer, the Lignite Energy Council director, said his group wants to help fund a state lawsuit, if it is filed.

"We're evaluating our finances right now," he said. "We want to support the state to the degree our finances allow us to."

Bohrer, an attorney, said he agrees with the state's idea of filing its own lawsuit, rather than joining legal challenges from other states, because of the use of lignite. North Dakota's vast lignite reserves are second only to Australia.

"EPA makes the assumption that if traditional coal-fired power plants shut down due to the rule, that coal will find its way to another market," Bohrer said. "That's not going to happen with North Dakota lignite."