A federal judge signed a $5 million agreement Wednesday among the operators of an oil pipeline, the state and the federal government to end a lawsuit filed over a rupture that sent 3,190 barrels of oil oozing onto Arkansas land and water in 2013. 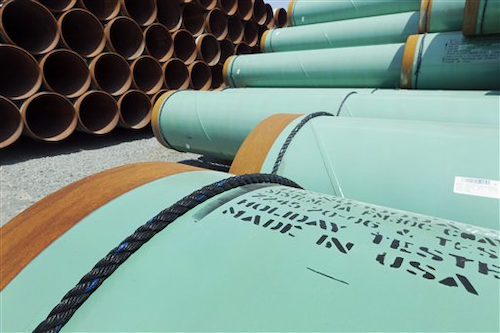 LITTLE ROCK, Ark. (AP) — A federal judge signed a $5 million agreement Wednesday among the operators of an oil pipeline, the state and the federal government to end a lawsuit filed over a rupture that sent 3,190 barrels of oil oozing onto Arkansas land and water in 2013.

U.S. District Judge Kris Baker said the agreement complies with the Clean Water Act and is fair to Exxon Mobil Corp. and the governments. She rejected a request by the water utility that serves Little Rock to have the company move another portion of the pipeline that runs beneath a major reservoir.

The state and federal governments had sued ExxonMobil Pipeline Co. and the Mobil Pipe Line Co. after the Pegasus pipeline oozed crude oil to the surface near Mayflower on March 29, 2013. The pact, announced in April, requires the companies to pay $3.19 million in fines to the federal government and $1 million to the state of Arkansas.

Some $280,000 is due for the state's legal fees, plus ExxonMobil and Mobil Pipe Line must set aside $600,000 for a state environmental project.

Baker said her obligation was to make sure the settlement is "within the reaches of the public interest."

"A consent decree is not reviewed as a judgment on the merits ... and it is not (the court's) function to determine whether this is the best possible settlement," Baker wrote, quoting previous cases.

The lawsuit involved only the government and the pipeline operators. Several individuals filed their own lawsuits against the company.

Central Arkansas Water, with more than 400,000 customers in the Little Rock metropolitan area, opposed the settlement, saying the pipeline operators should relocate the 67-year-old line away from Lake Maumelle, a manmade reservoir just 8 miles away from where the leak occurred.

In court papers filed last month, the pipeline operators said the line was already relocated in 1956 to a spot that the utility requested.