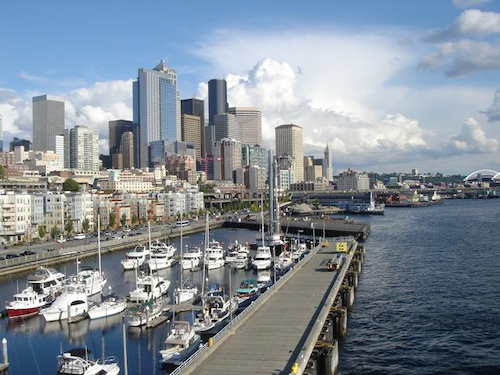 Mayor Ed Murray and the City Council directed planners to investigate whether Shell's activities would be allowed under a shoreline development permit that the city granted to the Port of Seattle in 1995.

The port signed a two-year lease last month with Foss Maritime Co., whose client Shell plans to use 50 acres at Terminal 5 across from downtown Seattle to keep its drilling fleet in the winter.

Terminal 5 is designated as a cargo terminal.

"Any project of this apparent significance to our industrial lands must go through the appropriate review," Murray said in a statement.

If Shell's vessels need extensive repairs or maintenance after returning from a season of drilling, then different permits or an environmental review may be required, the mayor and councilmembers said.

Shell is considering offshore exploratory drilling again this summer in the Chukchi Sea off the northwest coast of Alaska if it can obtain the necessary permits.

In a statement, the Port of Seattle said it "believes it has complied with all necessary environmental requirements," including Seattle municipal codes.

The port said the city approved an exemption to maintain and replace existing bollards, which ships tie up to, but did not feel there was need to seek any other approval from the city.

Port officials have said the lease is for normal and accessory cargo activities and that major repairs would be done at a permitted shipyard.

The city wants a better understanding of what activities are being proposed at the terminal and whether the work is consistent with cargo uses, said Bryan Stevens, a planning department spokesman.

Councilmember Mike O'Brien, who opposes the port's lease with Shell, said he has grave concerns about Shell's fleet coming into the Puget Sound in a damaged state and the potential pollutant threats it could pose.

A coalition of environmental groups this month sued the port and its commissioners, saying the port violated state environmental laws when it did not do a review before signing the lease. The lawsuit asks a judge to invalidate the lease with Foss.

Shell spokesman Curtis Smith said Monday that nothing is currently being contemplated outside the normal activities associated with vessel outfitting, docking and mooring. Activities could include loading equipment, crew change operations and transfer of goods, he said.

He added that the company looks forward to operating a safe, environmentally responsible drilling program off the shore of Alaska in 2015.