A New Jersey legislative committee advanced a resolution on Monday calling for the rejection of a deal Gov. Chris Christie's administration announced last week to settle a decade-old lawsuit against Exxon Mobil for $225 million, a fraction of what the state previously sought for environmental damage from the oil company. 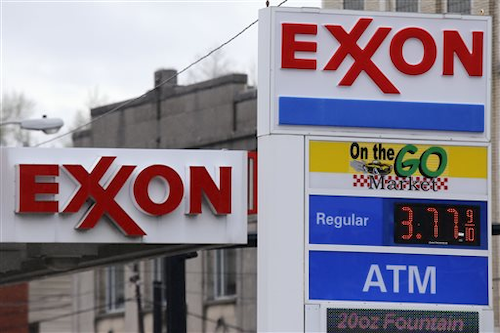 TRENTON, N.J. (AP) — A New Jersey legislative committee advanced a resolution on Monday calling for the rejection of a deal Gov. Chris Christie's administration announced last week to settle a decade-old lawsuit against Exxon Mobil for $225 million, a fraction of what the state previously sought for environmental damage from the oil company.

The resolution that the state Senate's environmental committee sent to the full Senate was the first formal action that lawmakers have taken about the settlement.

The deal has environmental groups and many in the Democrat-controlled Legislature livid with the Republican governor, who is preparing to run for president next year. The governor's critics say he's giving short shrift to environmental concerns to help fill a budget gap.

But Sen. Bob Smith, a Democrat who is chairman of the environmental committee, said he knows the resolution, should it be passed by the full Senate, is unlikely to sway Christie.

He noted, though, that it would be forwarded to the judge who is considering the settlement, and said he hopes it will be rejected in the courts.

The litigation goes back to 2004, when New Jersey claimed the Irving, Texas-based company's refineries in Linden and Bayonne fouled the land and water. The state sought $8.9 billion.

Since then, a judge has ruled that the company was liable for causing a public nuisance. Another judge was expected to rule soon on the exact amount the company would have to pay the state. But lawyers for both sides asked him to wait because a settlement had been reached.

The deal covers not only the two refineries but also 16 other Exxon Mobil sites around New Jersey plus any environmental damage done by the company's gasoline stations.

Kevin Roberts, a spokesman for Christie, dismissed critics of the settlement.

"The notion that this settlement is less than what is fair is both absurd and baseless when you consider this is the largest settlement payment from a corporate defendant ever in New Jersey history," he said in an emailed statement.

"Set aside the partisan and political rhetoric and by any objective measure, this fair and historic settlement continues Governor Christie's record of achieving some of the largest environmental damage settlement victories when compared to past administrations of both parties."

It is not clear how the state would spend the settlement. As part of the deal, Exxon would have to pay for some site cleanup, but that amount is also not clear.

A 30-day public comment period on the deal is to start April 6, with final approval not until sometime after that.

Democratic legislators have not waited to bash the deal. Some have said they plan to introduce a bill requiring half the settlement to go toward environmental remediation.

At the Senate committee on Monday, all three Democrats and Republican Kip Bateman voted for the resolution. Republican Samuel Thompson abstained.

Leaders of some environmental groups spoke in favor of the resolution. No one spoke out against it.