The Department of Interior said Tuesday that it has affirmed corrections to an environmental analysis of a 2008 Arctic Ocean petroleum lease sale that brought in $2.7 billion for the federal government. 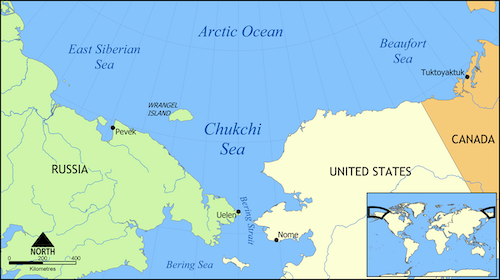 ANCHORAGE, Alaska (AP) — The Department of Interior said Tuesday that it has affirmed corrections to an environmental analysis of a 2008 Arctic Ocean petroleum lease sale that brought in $2.7 billion for the federal government.

The expected decision regarding the lease in the Chukchi Sea off Alaska's northwest coast opens the door for the department to review a 2015 Chukchi exploration plan by Royal Dutch Shell PLC.

The original environmental review for Lease Sale 193 was published in 2007, and the sale happened in February 2008. Shell was the most active bidder and spent $2.1 billion on Chukchi leases.

Conservation groups strongly oppose Arctic offshore drilling, claiming petroleum companies have not demonstrated they can clean up spills in the ice-choked waters far from infrastructure that's routinely available at other drilling sites.

Federal courts have twice ordered the environmental analysis to be revised.

"Interior was doing that quite explicitly to meet Shell's timetable," he said. "We take issue with that. They shouldn't have been rushing their reconsideration of the leases to meet the drilling hopes of the lessees. They should have been doing the thorough analysis and reconsideration that the court required."

The revised review, he said, lays out the chance of a major spill at 75 percent for extraction or development of 4.3 billion barrels of oil. The agency also didn't analyze environmental consequences of burning that much oil, Grafe said, which is troubling in light of scientific consensus that the world will have to leave most fossil fuel in the ground to meet climate goals.

"The Arctic Ocean is a prime example of a place where it makes sense to leave that oil in the ground," Grafe said.

The groups in the lawsuit have not decided their next course of action, he said.

Bureau of Ocean Energy Management spokesman John Callahan said by email the agency took care to not underestimate the chance of a spill. The 75 percent figure assumes an extraction scenario covering 77 years with oil conveyed to market by pipeline — and with a spill of at least 1,000 barrels possibly occurring during development and production, not exploration.

Interior Secretary Sally Jewell said in the announcement that the analysis was thorough with substantial opportunity for public comment.