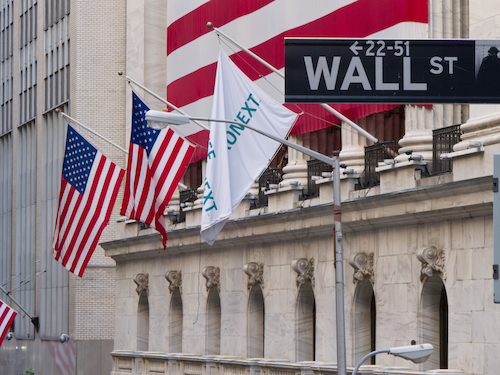 From merging energy firms to yo-yoing oil prices, 2015 is shaping up to be an exciting year to follow the money. But if you manage a chemical facility, how can you cash in on the changes? In a recent interview, Thack Brown, SVP, GM and Global Head of LoB Finance at SAP, had this advice to share.

The rapid fall of oil prices has placed a giant question mark over the future cost of a barrel. Though analysts don’t agree on whether it could fall more, most tend to predict it will be years before prices recover to anything nearing $100 a barrel.

If you run a chemical plant where petroleum is your primary feedstock, this, of course, is great news. The question is: How can you take advantage of the good times while they’re here? The first step, Brown says, is to look around at your competitors and see who’s got the edge.

“You have to be forward thinking and looking to see how your position will change vis-a-vis other people in the market,” Brown says. “Is everyone more competitive? Or am I more competitive versus others?”

If your company is in a good position, Brown recommends seizing the chance to invest in expansions or other opportunities to grow the business.

Emerging Mergers And Acquisitions
2014 was a banner year for mergers and acquisitions — especially mega deals in the chemicals and energy sector. Just yesterday, Shell announced it could be gobbling up UK-based BG Group in what would be one of the biggest energy mergers of all time.

All this commotion has set off rampant speculation about what other big deals could be coming next. What does it mean for chemical manufacturers?

“Companies need to be asking, ‘Where am I? Am I a possible consolidator or will I be consolidated?’ And if you’re borderline, you need to figure out which side you want to be on and how you’re going to get there,” Brown says.

To figure out which side of the fence your company is likely to land on, Brown says companies should review their balance sheet and ask: How are our share prices holding up? Are we in a competitive position? Do we have the ability to take on significant debt?

If it would be more advantageous for your company to be acquired, Brown suggests taking this opportunity to think about how to make the company look attractive to the best buyers.

“If you’re going to get bought, get bought by the No. 1 top dog,” he says. “Don’t be shy about shopping yourself out.”

The Mighty Dollar
In recent months, the dollar has hit its highest worth in 12 years. While this is lovely news if you’re heading to Europe on holiday, how it impacts your business is much more complicated.

For manufacturers who rely on exports, the situation has put the squeeze on earnings. Chemical giant Procter & Gamble recently blamed slower earnings on a strong dollar that makes its products pricier — and less competitive — overseas.

But for companies who import raw materials or are sitting on dollars that are suddenly more valuable, it could be time to look at ways to expand or move facilities to locations that are more profitable.

“You should be thinking: ‘Should we moth ball another location that’s become less competitive?’” Brown says. “You’ve got a great opportunity to go out and look at distressed assets, and do some strategic acquisitions.”

Thack Brown was a keynote speaker at the SAP For Chemicals conference March 25-27, in Atlanta, Georgia.