Oil companies say they can clean up offshore spills far faster today than five years ago when BP's Macondo well blew out 45 miles (72 kilometers) off the coast of Louisiana, spawning the nation's worst offshore oil spill. 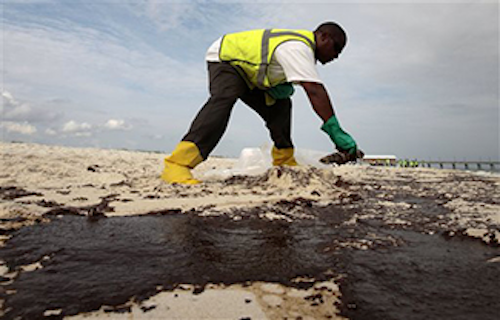 It took BP and the industry's best containment technology 87 days to contain the deep-water blowout. The Deepwater Horizon drilling rig explosion and spill on April 20, 2010, resulted in as much as 172 million gallons (650 million liters) of oil getting into the Gulf of Mexico.

Don Armijo is CEO of the Marine Well Containment Co., a consortium developing containment technology that was formed after the Deepwater Horizon explosion.

On Tuesday, he touted technological advances made by the industry since the BP spill.