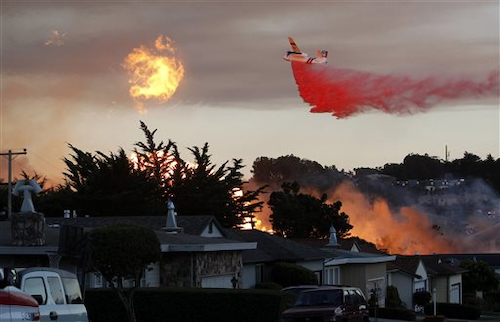 The audit finds widespread breakdowns in performance by state-appointed utilities commissioners and by the state Public Utilities Commission overall since a fiery pipeline breach killed eight people in San Bruno, California, and heightened scrutiny of state regulation of California's 100,000 miles of natural-gas lines.

The new state-commissioned audit, completed in February and released last month, faulted management at the commission, including the commission's five state-appointed board members.

In the years since the blast, "frequent management changes, shifting priorities and reactive responses to internal and external recommendations ... led to a loss of focus, lack of clear direction, loss of trust in leadership, and unacceptable work backlogs," auditors said.

The audit, prepared by the Crowe-Horwath consulting firm for the commission, cited other failings, including a fivefold increase since 2010 in the time it took inspectors to prepare safety inspection reports for gas utilities. California regulators are now averaging eight months to process inspection reports, compared with a standard in other states of 15 days to 60 days, auditors said.

A National Transportation Safety Board investigation soon after the San Bruno explosion faulted both safety failings by Pacific Gas & Electric Co. and lax oversight by the state's Public Utilities Commission.

Commission spokeswoman Terrie Prosper said Monday that utility regulators since the end of last year have redesigned their inspection process to give inspectors more time out in the field and speed up inspection reports. Other changes include clearing a backlog of 382 inspection and incident reports, Prosper said.

The commission issued a state-record $1.6 billion penalty against PG&E last week in the San Bruno blast. PG&E has said it won't appeal.

Federal prosecutors also have notified PG&E they are investigating possible corruption in dealings between the commission and the utility.