The Petroleum Association of Wyoming supported 500 feet as an acceptable distance, even though the increase could limit options for locating wells. 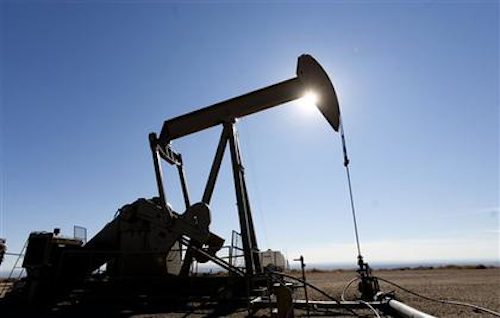 CASPER, Wyo. (AP) — Wyoming oil and gas regulators granted the petroleum industry a compromise Tuesday by voting unanimously to widen the minimum distance between oil and gas wells and occupied

The move disappointed landowner advocates. Groups including the Powder River Basin Resource Council had sought a minimum distance of a quarter of a mile, or 1,320 feet.

The Petroleum Association of Wyoming supported 500 feet as an acceptable distance, even though the increase could limit options for locating wells.

"We can live with the 500 feet. Any further distance creates problems for takings of minerals," association President Bruce Hinchey said after the vote.

Other states including Colorado and Texas have been wrestling with changes to their setback distances as new techniques make oil and gas drilling more feasible near inhabited areas.

Near Cheyenne and Douglas, a surge in oil development has brought noise, air pollution and truck traffic closer to homes.

The 5-0 vote by the Wyoming Oil and Gas Conservation Commission capped a lively debate over Wyoming's setback distance that began last summer. Since then, drilling in Wyoming has slumped to 10-year lows amid oil prices that are only half of what they were a year ago.

Last month, the commission chaired by Gov. Matt Mead held a public hearing on the changes. The commission also took more than 160 written comments on the issue.

Under the amended rule:

— Oil and gas wells and their associated equipment may be no closer than 350 feet from any water supply.

— Such equipment may be no closer than 500 feet from the nearest outside wall of any occupied structure.

— Production facilities preferably should be located even farther from occupied structures whenever it is technically feasible.

— The state oil and gas supervisor would be able to approve drilling closer than 500 feet under certain conditions, such as the homeowner granting a waiver. Alternatively, the supervisor could, with good cause, require that drilling occur farther than 500 feet away.

— The company responsible for the drilling must give at least 30 and no more than 180 days' notice to owners of occupied structures within 1,000 feet prior to well pad construction.

— The notification must include a list of measures to be taken to limit disruptions such as excess noise, light, dust and traffic.

The homeowner notification provisions added to the amended rule since the March 9 public hearing are good changes but don't get to the root of the problem of drilling near homes and businesses, said Jill Morrison of the Powder River Basin Resource Council.

"Five-hundred feet away from a home or business is not far enough to protect people's property value, to protect their peace and quiet enjoyment of their property," Morrison said. "And it's definitely not going to protect their health and safety."

She said her group would continue to work toward making sure people are heard when state regulators consider drilling near their homes.